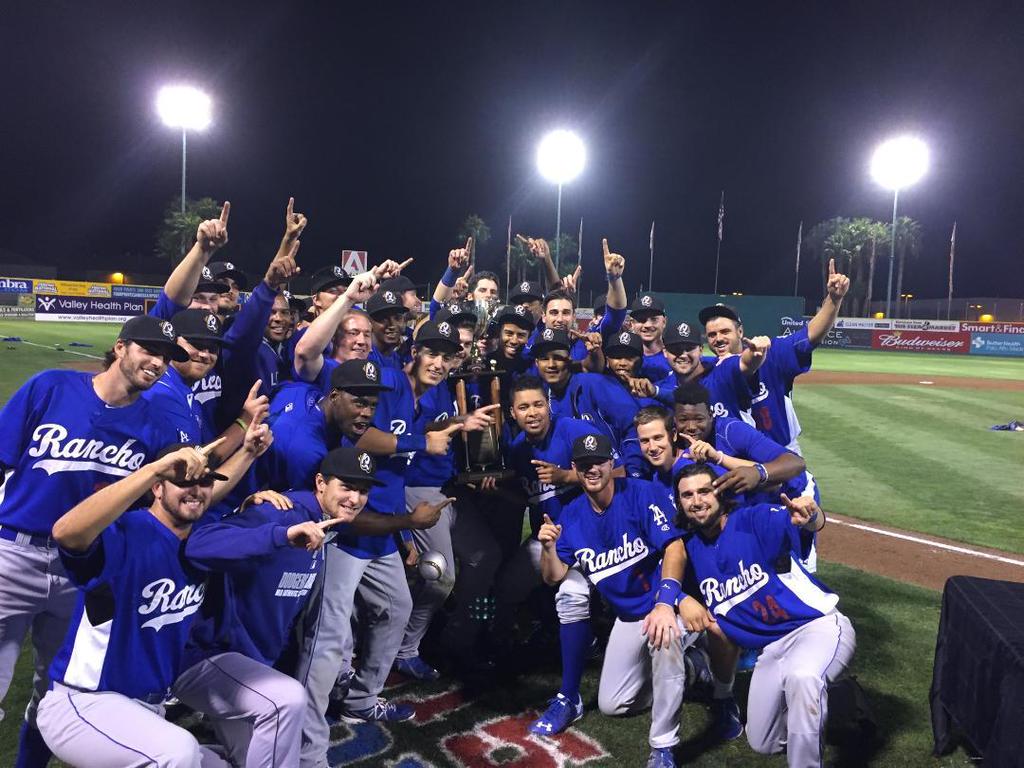 The Quakes won the California League Championship on Saturday for the second time in franchise history and for first time in 21 years with a 5 to 0 victory over the Giants. The clinching victory completed a three-game sweep of San Jose in the best-of-five series.

It was the first California League championship for a Dodgers affiliate since the San Bernardino Stampede won in 2000.

The offense in this game was provided by the two top prospects on the team as 20 year old Bellinger collected three extra base hits, including a two-run homer, while 19 year old Alex Verdugo was 3-for-4 with a double and two RBI's. These strong performances continued a trend for the two youngsters as they hit .324 and .323 during the playoffs, respectively.

Jacob Scuvuzzo had the only other extra bast hit as he connected on a two bagger, and while Joey Curletta was hitless in the contest, he finished the series with a .318 average.

On the mound Trevor Oaks was able to work out a few early games to toss a gem in the finale. Oaks ended up with  7⅓ shutout innings to pick up the win, striking out four along the way. Kyle Hooper followeod with a hitless frame, then Michael Johnson struck out the final two batters of the game, the last one you can see below.

Thanks for another great minor league season, and enjoy the celebration tweets below!

It's official. RC Quakes are your Cal League Champions. Not many better feelings than this. Got that hardware #fam pic.twitter.com/0Et1GQ5Yw7