Share All sharing options for: Dodgers magic number is 3 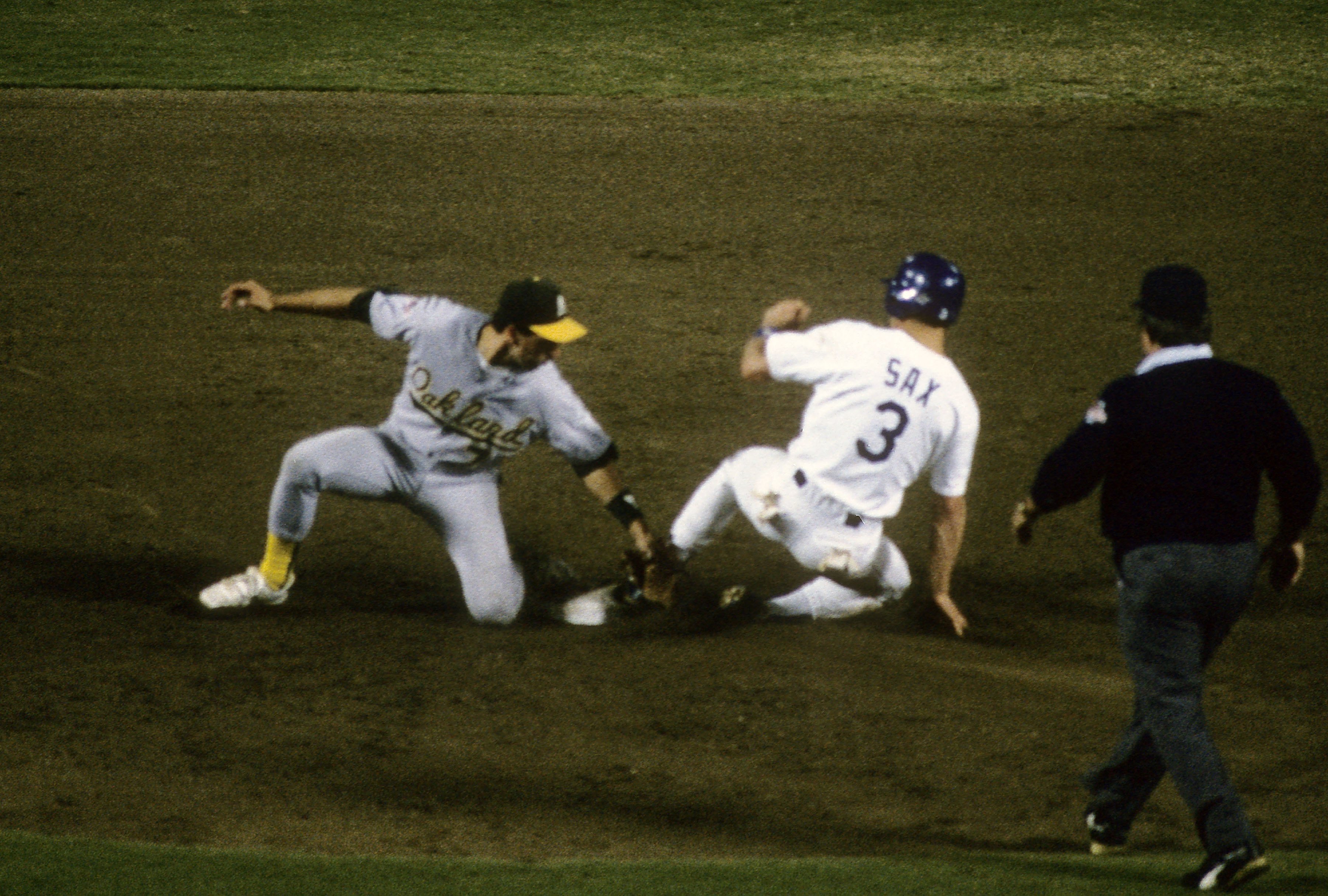 San Francisco lost to the Padres for a second straight night, dropping to 79-73, a full eight games behind the Dodgers (87-65) with 10 games left to play. That lowers the Dodgers' magic number to clinch the National League West down to just three, worn above by Steve Sax, stealing a base in the 1988 World Series.

There are six outcomes remaining before the Dodgers and Giants meet for four games beginning Monday night at AT&T Park in San Francisco. If three of those six games — LA at Coors Field, and the Giants in Oakland — fall the Dodgers' way, the NL West will be decided before Monday's first pitch.