Share All sharing options for: Dodgers lower magic number to 2 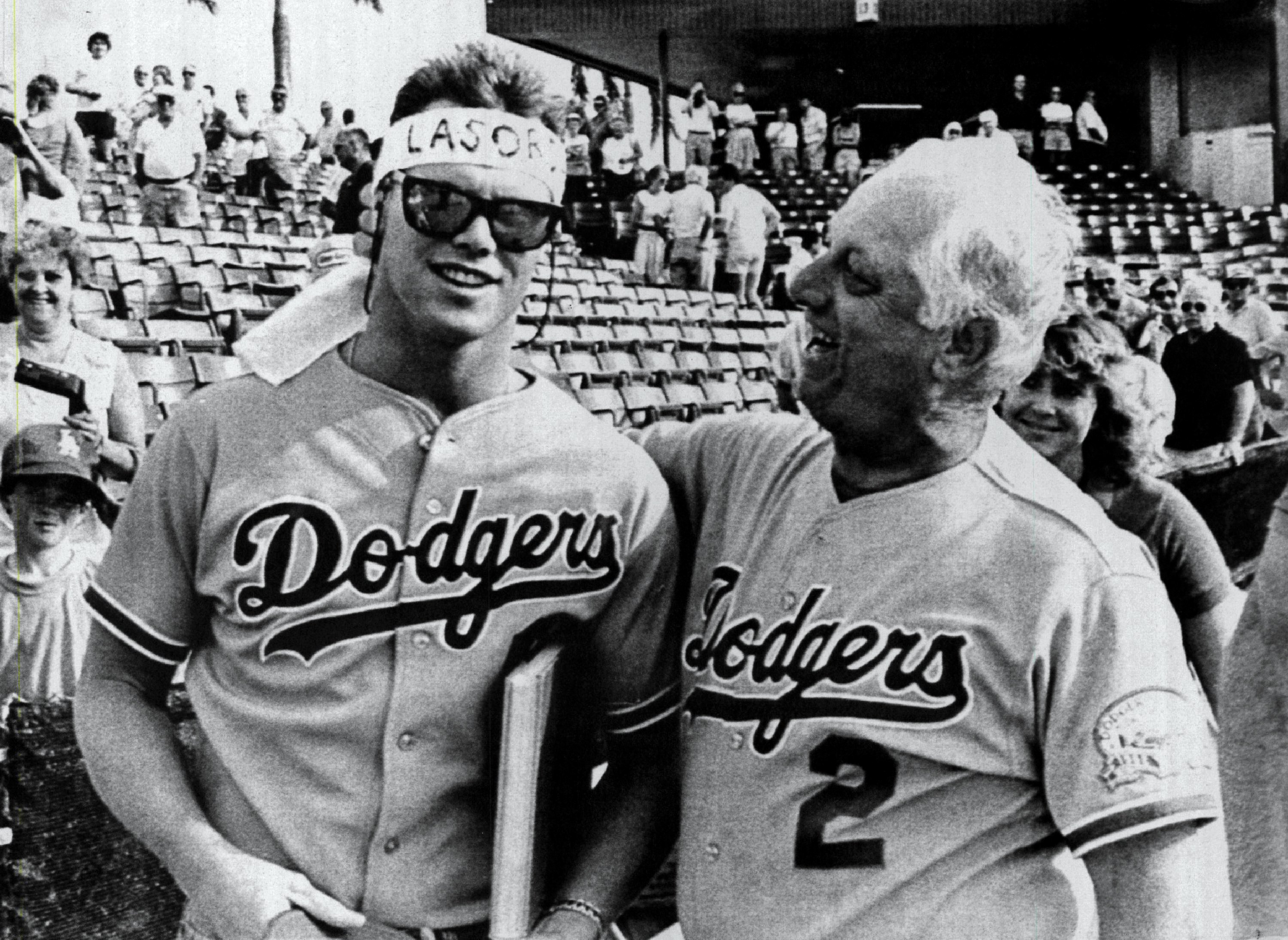 For the first time in 2015, the Dodgers got good news from a game in the Bay Area. The Athletics beat the Giants 5-4 in the opener of a three-game weekend series in Oakland. The Dodgers (87-66) remain eight games ahead of the Giants (79-74), now with nine games remaining.

That lowers the Dodgers' magic number to clinch the National League West down to just two, worn above by Hall of Fame manager and Dodgers lifer Tommy Lasorda, along with Super Bowl-winning quarterback Jim McMahon.

The Dodgers can clinch their unprecedented third straight division title as early as Saturday night.