Dodgers magic number down to 18

Share All sharing options for: Dodgers magic number down to 18 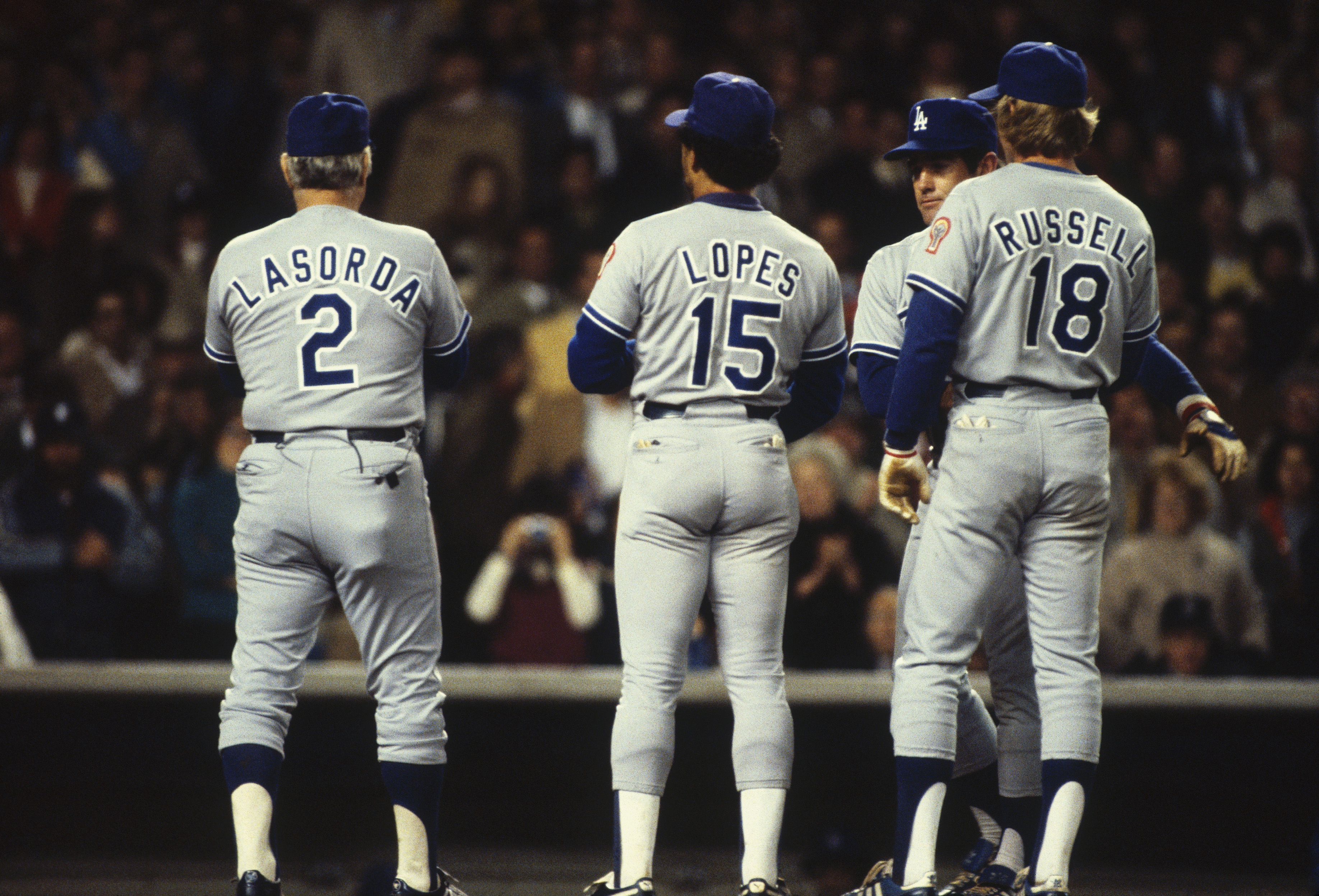 With the San Francisco loss, the Dodgers (78-58) now have an eight-game lead over the Giants (71-67), the largest division lead of the season for Los Angeles. The Dodgers play in Anaheim later Monday night.

The Dodgers' magic number to clinch the National League West is down to 18, displayed above by shortstop Bill Russell, the all-time Los Angeles Dodgers leader in games played (2,181), alongside teammate Davey Lopes and manager Tommy Lasorda.