Mike Piazza will go into the Hall of Fame with a Mets cap on his plaque in Cooperstown, which came as no surprise. But that doesn't mean the Dodgers shouldn't honor their former catcher, who spent the first 5½ seasons of his career in Los Angeles.

The Dodgers have a policy of only retiring numbers for their own Hall of Famers, except for Jim Gilliam, who spent nearly three decades with the club as a player and a coach and died suddenly before the 1978 World Series. There is also the case of Fernando Valenzuela, whose number 34 hasn't been given to any other player since his departure in 1991, yet the Dodgers refuse to formalize the number retirement with a proper ceremony that would honor a decision that effectively has already been made by the team.

But back to Piazza, the matter at hand. Yes, Piazza will wear a Mets cap in bronze, but that doesn't mean he wasn't also a Dodgers Hall of Famer. This just happens to be a case the club really hasn't had to deal with before.

Piazza is arguably the greatest hitter in franchise history, hitting .331/.394/.572 during his time with the Dodgers. He was an All-Star in all five of his full seasons in Los Angeles, and despite his relatively short tenure with the club remains ninth in franchise history with 177 home runs.

But before Piazza can have his number retired, fences will need to mended. Piazza hasn't returned in any official capacity — no old timer's games, no ceremonial first pitches — since getting traded in 1998, and in his 2013 book 'Long Shot,' Piazza wrote that broadcaster Vin Scully turned fans against the catcher in Piazza's contract dispute with the club early in the 1998 season, an unresolved dispute that led to Piazza's eventual trade.

But time heals all wounds, and I'm confident that, eventually, both Piazza and the Dodgers will come to the right decision and retire Piazza's number 31.

But that brings up another question, one I was asked on Thursday. How many retired Dodgers numbers were worn in between the end of the honoree's career and the time of retirement?

After all, since Piazza left in 1998, seven different people have worn number 31 — Brad Penny, James McDonald, Jay Gibbons, Tim Federowicz, Brandon League, Drew Butera and Joc Pederson. But, believe it or not, this is not unusual in franchise history. 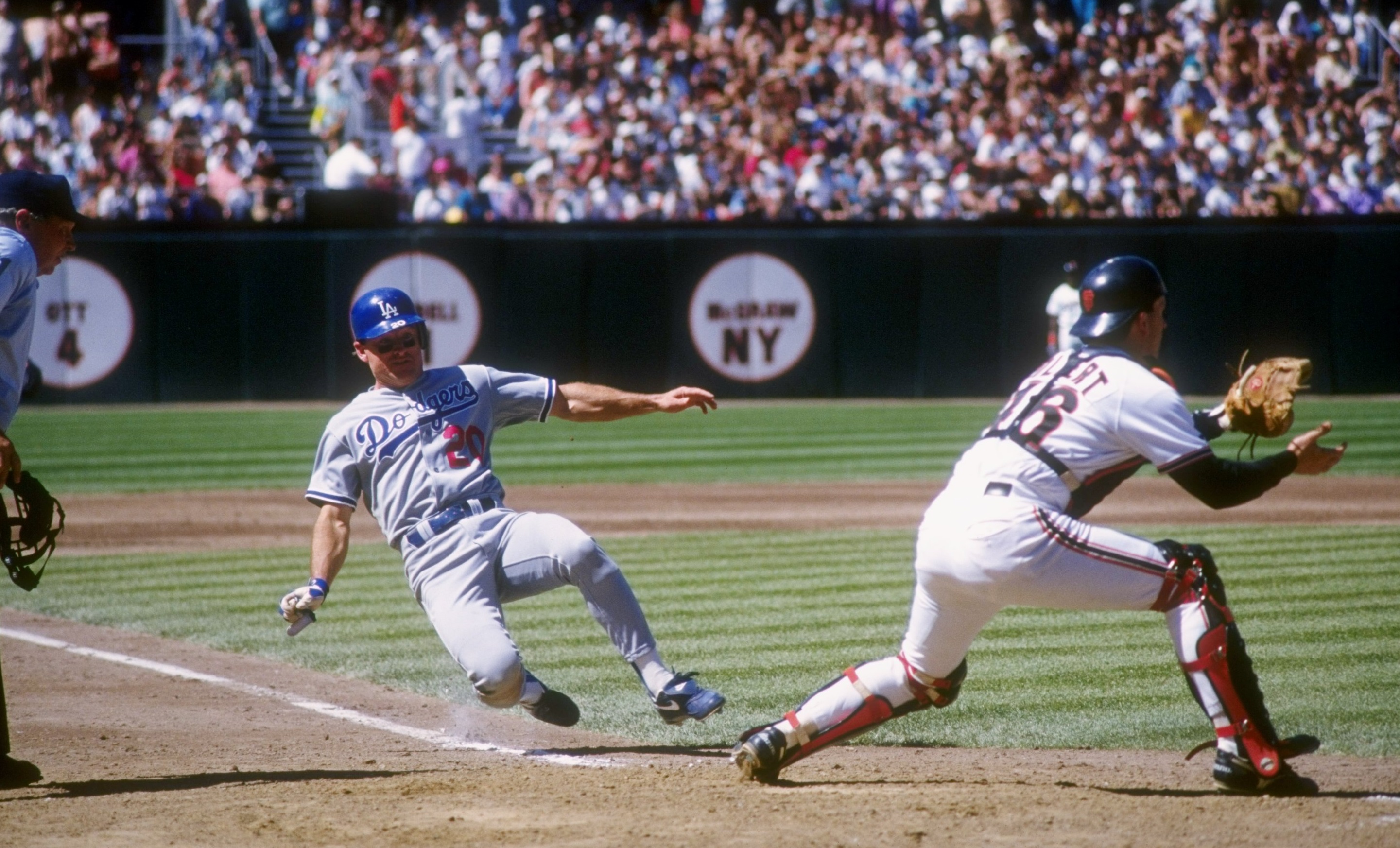 Mitch Webster wore number 20 with the Dodgers from 1991-95. The number was retired to honor Hall of Famer Don Sutton in 1998. (Photo: Getty Images)

Six of the 10 retired numbers have been worn by somebody else after the honoree donned the uniform, in between the end of their Dodgers tenure and election to the Hall of Fame. Tommy Lasorda (2), Gilliam (19), Walt Alston (24) and Sandy Koufax (32) didn't suffer such indignity, but these others did: