Jamey Wright and his favorite shirt

Share All sharing options for: Jamey Wright and his favorite shirt 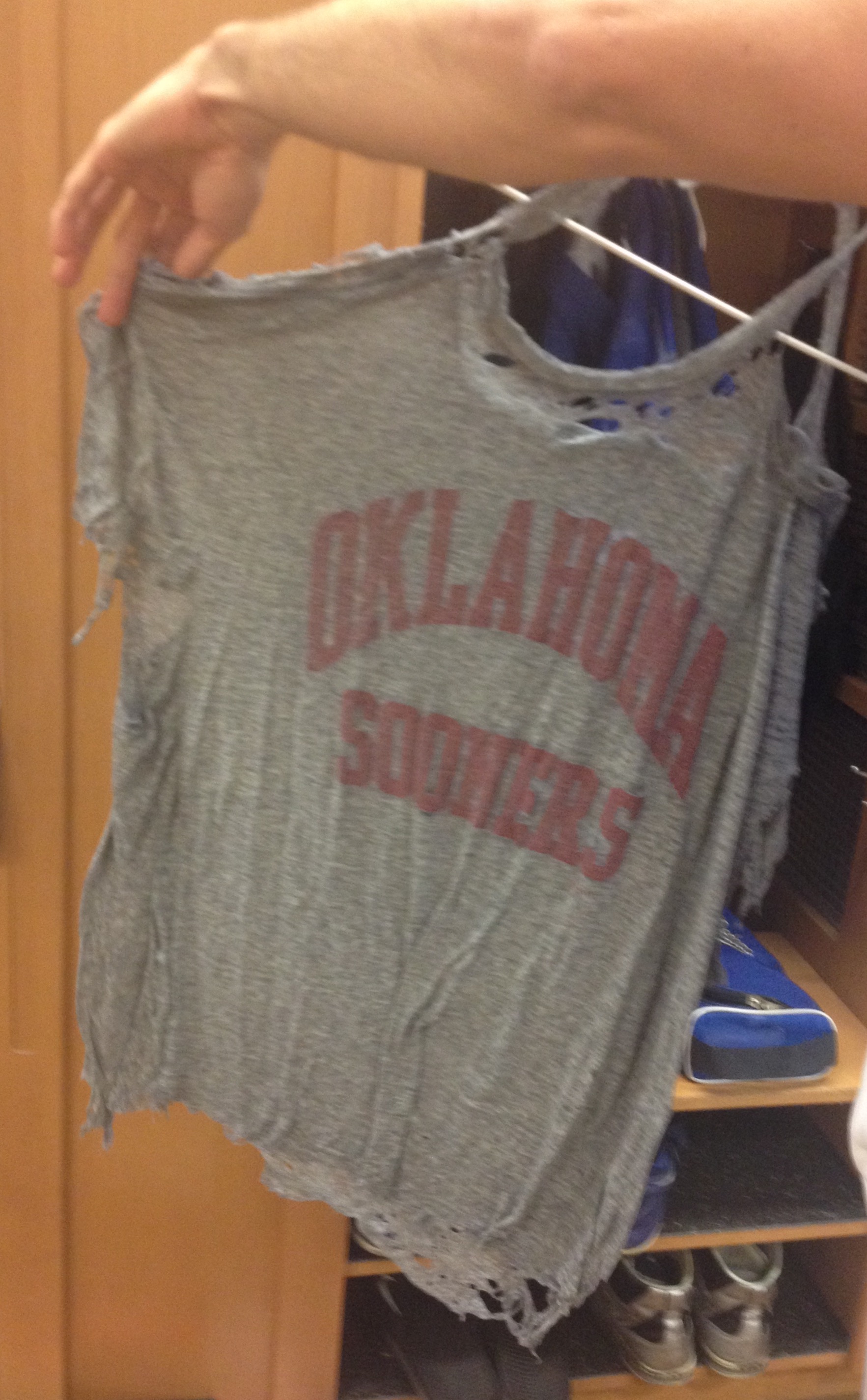 One of my absolute favorite pieces of clothing or equipment I have ever seen is Jamey Wright 's Oklahoma Sooners t-shirt.

He had it in 2012 with the Dodgers, and again in 2014. The shirt, worn during workouts, is in absolute tatters. The Oklahoma native has had the shirt, he thinks, for 13 or 14 years.

"It has sentimental value," Wright said.

The shirt still hangs in his locker, though Wednesday morning, his first in Dodgers camp in 2016, Wright wore a Dodgers t-shirt. He has to be judicious with his beloved Oklahoma shirt.

"It's got probably four wears left," he said.