PHOENIX -- Brandon McCarthy threw off a mound on Wednesday morning, though it wasn't his first time off a mound since undergoing Tommy John surgery last April. It wasn't even the first time he had thrown off a mound since Dodgers camp opened last week. But in many ways it was the quintessential spring story.

The morning media scrum with manager Dave Roberts happens out back at the back entrance of the Dodgers building, where their offices, clubhouse, gym, dining room, basically everything are. The players make their way to the back fields for stretching, and Roberts gives us a summary of the day's news, and answers questions from various reporters.

As Wednesday's session rolled on, off in our peripheral vision McCarthy started throwing his bullpen session on one of the four or five mounds closest to the building. 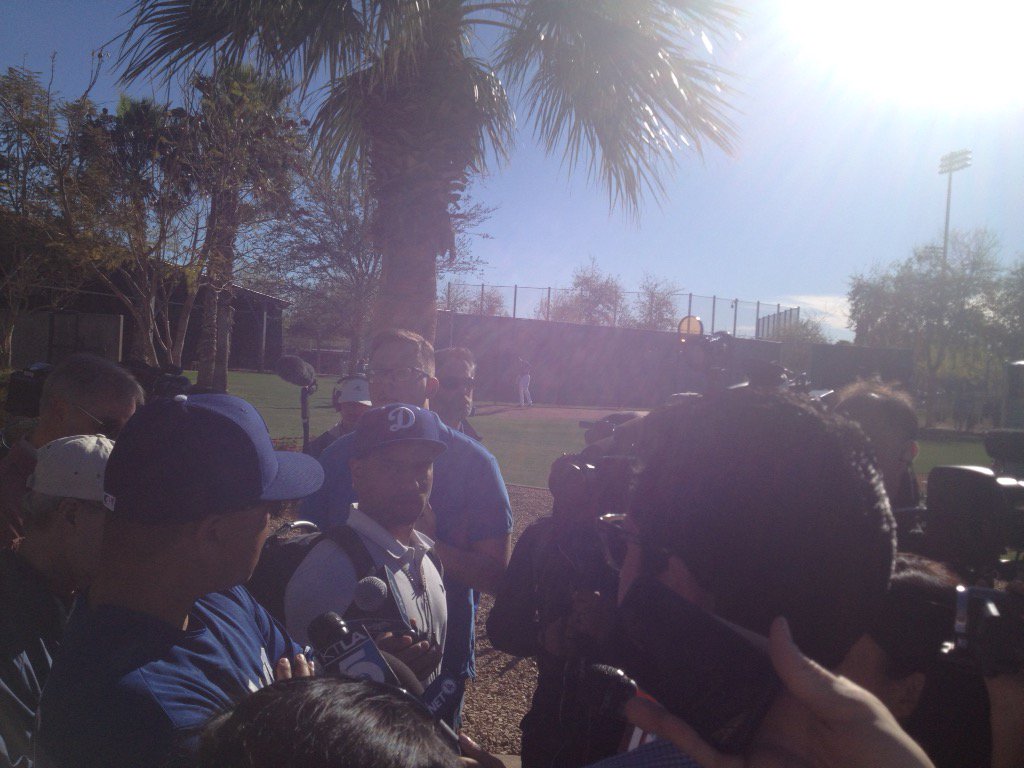 "We're trying to scramble to find somewhere to throw at a complex with 40 mounds, and we picked that one," McCarthy said, amused at people gathered at his locker later in the afternoon.

It's very plausible that Roberts didn't see that Saturday session because Roberts was likely out on the back fields, with the other pitchers throwing their bullpen sessions on the minor league side this week until full squad workouts begin on Thursday.

But what was noteworthy about McCarthy's mound exploits on Wednesday was that it was his first time throwing to a squatting catcher. His other times throwing off a mound were to someone standing up.

"It felt normal. It keeps progressing, and we'll keep going with it," McCarthy said. "It was the first time with a catcher down, but it was the exact same level of intensity and exertion, just with a lower target."

Confused? You're not alone.

10 years together... And I still don't get it
Sorry @BMcCarthy32, but I at least know you are a pitcher pic.twitter.com/hJJQHsIwXg

McCarthy said this is likely all we will see from him this spring, though with increasing intensity and velocity as camp progresses. He expects to start throwing to hitters around May.

"Brandon's in a great state of mind, mentally and physically. We're trying to hold him back a little bit," Roberts said. "The rehab process with Neil [Rampe, trainer] and [physical therapist] Steve Smith, they are doing such a great job."

McCarthy has said he wants to be ready to make a few starts before the All-Star break in July.

"Right around the time camp breaks it will be a little bit of a shutdown. Well kind of build up, relax for a couple days, then that will be the last time there is a break before we really start to try and run through the finish line," McCarthy said. "Spring is a big series of bullpens for me."

This is what happens when there are no games to cover, yet. Nor are there even full squad workouts, with pitchers facing actual batters sometimes. That all starts on Thursday.