Share All sharing options for: Dodgers Week 1: Ups & downs on the road

The Dodgers got just about as good a start as possible with a three-game sweep in San Diego, outscoring the Padres 25-0. But then they lost three of four games to the rival Giants in San Francisco.

There are a couple ways to look at the series in San Francisco. For one, the Dodgers led all four games, including losses in games with leads of 4-0 and 5-0 plus another loss in a game with a no-hitter into the eighth inning.

Then again, the one win in San Francisco came in a game that saw a game-ending double play somehow not turned.

But the total result for the week was four wins in seven games on the road, which, believe it or not, is a 93-win pace.

Dodger Batter of the Week: Yasiel Puig is looking lean and mean, like a force to be reckoned with again, and started off his 2016 on the right foot. He narrowly beats Adrian Gonzalez, who started off strong from the cleanup spot.

Also worth noting: Kenta Maeda is tied for the team lead in home runs, and leads in ERA. 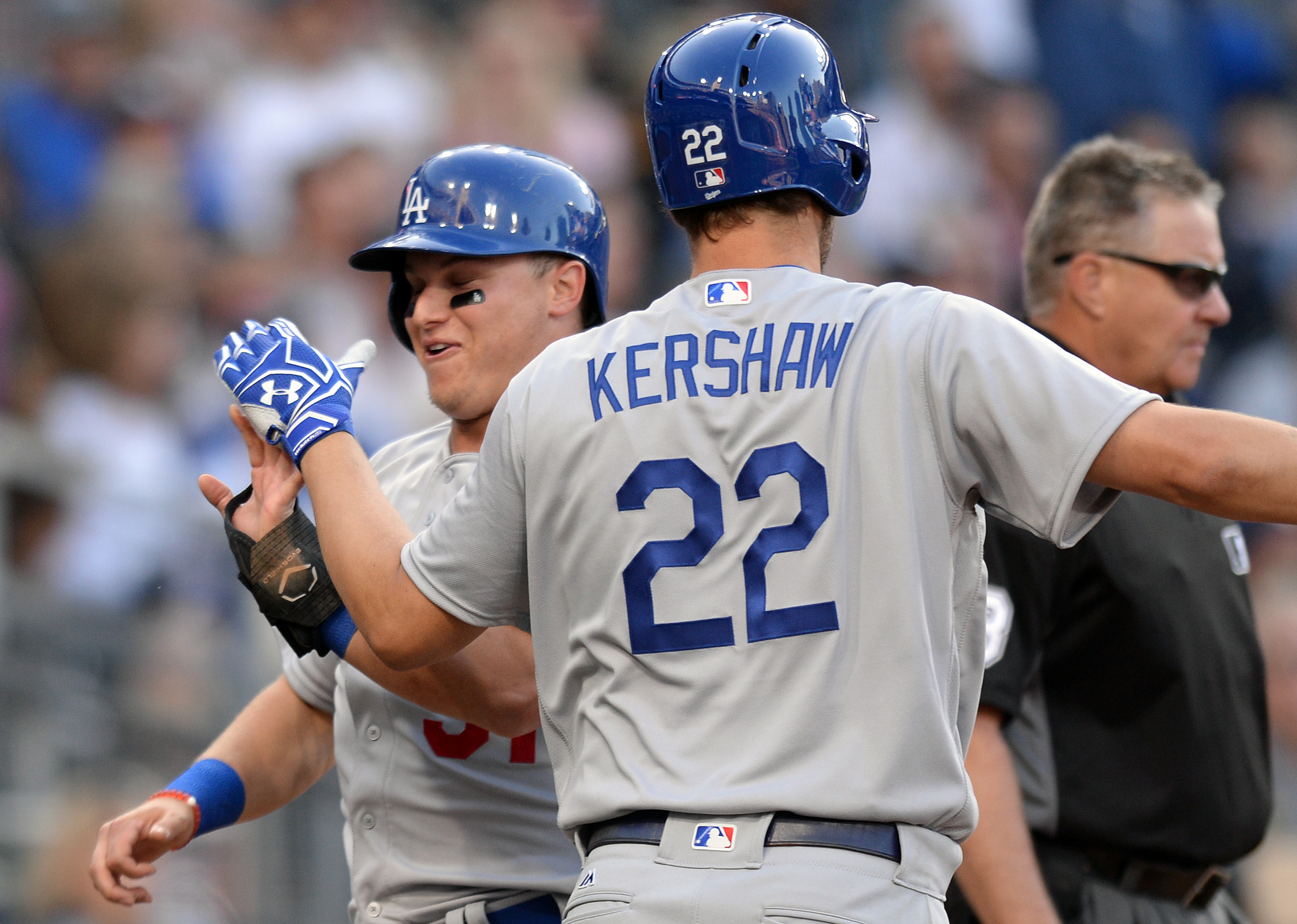 No better start to the season than the most lopsided opening day shutout in MLB history (Photo: Jake Roth | USA Today Sports)

Saturday: Carl Crawford has lower back tightness, and became the 11th Dodger to be placed on the disabled list. Micah Johnson was recalled from Triple-A Oklahoma City.

The Dodgers run the Brandon Medders gauntlet, coming home to Dodger Stadium for the home opener against the Diamondbacks, followed by a weekend series against the rival Giants.