The Dodgers' week was bookended by losses, but they still managed a winning week, and against 2015 playoff teams to boot.

Corey Seager continued his May resurgence with a four-homer week, including two home runs before a national audience on Sunday night, albeit in a loss to the Cardinals.

That loss prevented a Dodgers sweep of St. Louis, after L.A. split four games with the Mets. Sunday ended a 10-game gauntlet against 2015 playoff teams, including last weekend in Toronto. The Dodgers went 6-4 in that stretch, scoring 40 runs while allowing 31.

Clayton Kershaw has never started a season as well as he has this year, and his dominant 2016 included a three-hit shutout of New York on Thursday, with 13 strikeouts. But the real news of that game was that Kershaw walked a batter, giving him four on the season. Against 77 strikeouts.

Dodger Pitcher of the Week: With 13 strikeouts against the Mets on Thursday, Clayton Kershaw earned a game score of 93, tied for the fourth-best of his career. Kershaw has two of highest five game scores ever in his last three starts, and on the season leads the majors with 62 innings, averaging an absurd 7.75 per start. 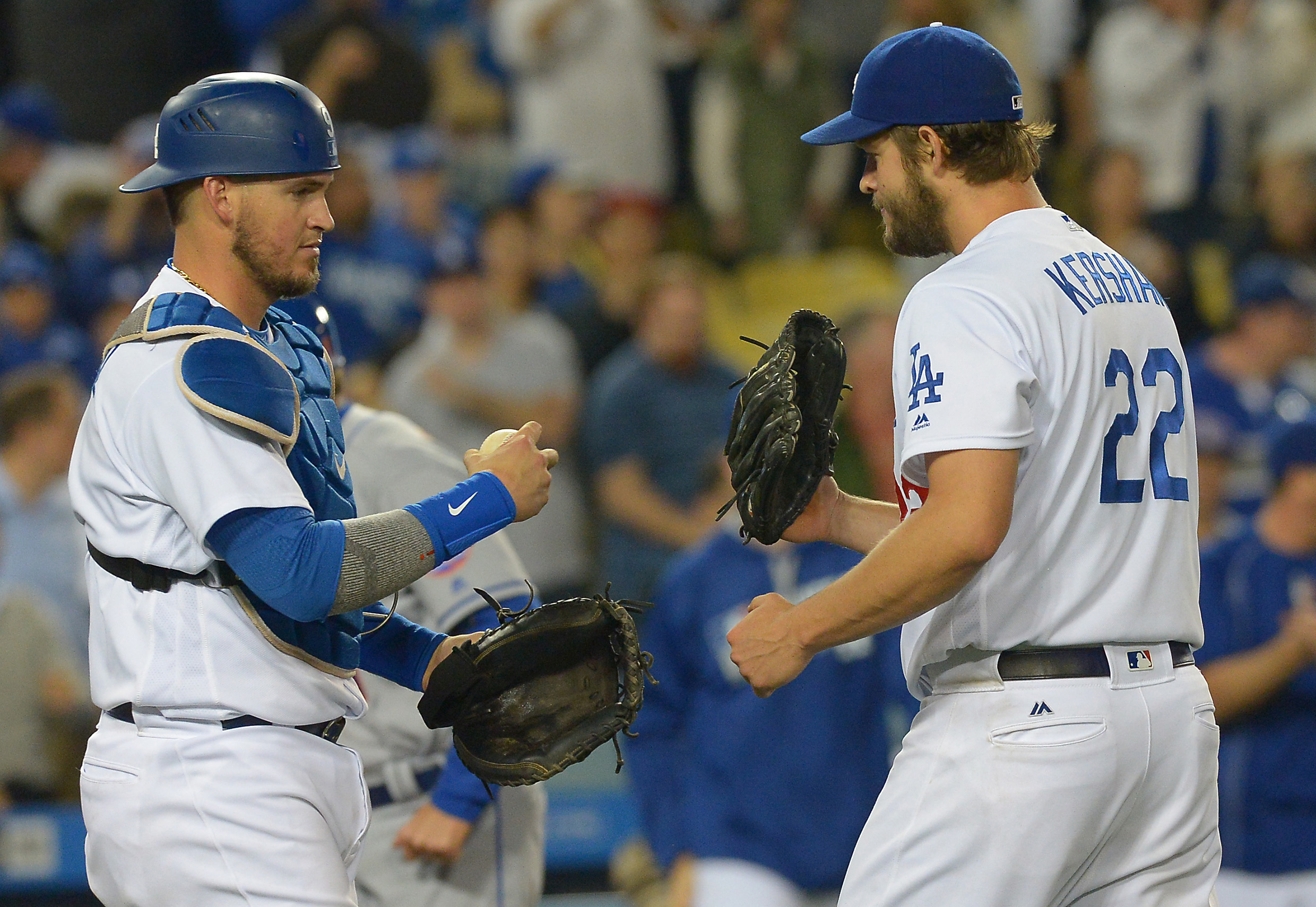 In a pinch: With his home run on Tuesday against Hansel Robles in the ninth inning, Trayce Thompson not only lifted the Dodgers over the Mets for a 3-2 victory, but also had the club's first pinch-hit walk-off home run since Scott Van Slyke on Sept. 10, 2013.

High-speed chase: Through Saturday there have only been 76 pitches thrown in 2016 at least 100 mph by seven different pitchers (49 pitches not including Aroldis Chapman), per Baseball Savant, and the Dodgers saw eight of them this week - three by Noah Syndergaard of the Mets on Wednesday, and five by Carlos Martinez of the Cardinals on Saturday. Martinez even reached 101 mph one one of his pitches, something done only 19 times in 2016.

The Dodgers run the George Arias gauntlet, playing a home-and-home interleague set with the Angels, followed by three games in San Diego against the Padres.