Share All sharing options for: Dodgers Week 5: Finding success on the road

The Dodgers found some offense, got innings out of their starting pitchers, and ended up with a winning record in a week that saw them play exclusively in American League parks.

The Dodgers averaged over five runs a game and over six innings per start, getting at least six frames from their starting pitcher in four of five games. That proved to be good enough for a split against the Rays and two wins in three weekend games against the Blue Jays.

On the road this season, the Dodgers improved to 11-7, averaging 5.44 runs per game. With their 3-2 week, the Dodgers (.516) return home in a virtual tie for first place with San Francisco (.515) in the National League West.

Dodger Batter of the Week: He began the week already leading the Dodgers in home runs (tied, anyway), but Joc Pederson doubled his season homer total with three this week, for a nice .938 slugging percentage.

Honorable mention goes to Chase Utley, who posted a .600 on-base percentage, and to Justin Turner, who broke out of his slump with a strong week, including his first home run of the season.

Dodger Pitcher of the Week: After three straight short starts, Ross Stripling rebounded on Sunday with his best start since his major league debut, allowing just one hit and one run in six strong innings against a formidable Blue Jays lineup, with six strikeouts and no walks.

I feel like Clayton Kershaw keeps getting robbed here, even though I am the one choosing the awards. He struck out 10 and walked nobody, again, in seven innings on Saturday, but perhaps he is a victim of his own excellence. Nobody every said life was fair, so Kershaw will just have to settle for being the best pitcher on the planet. 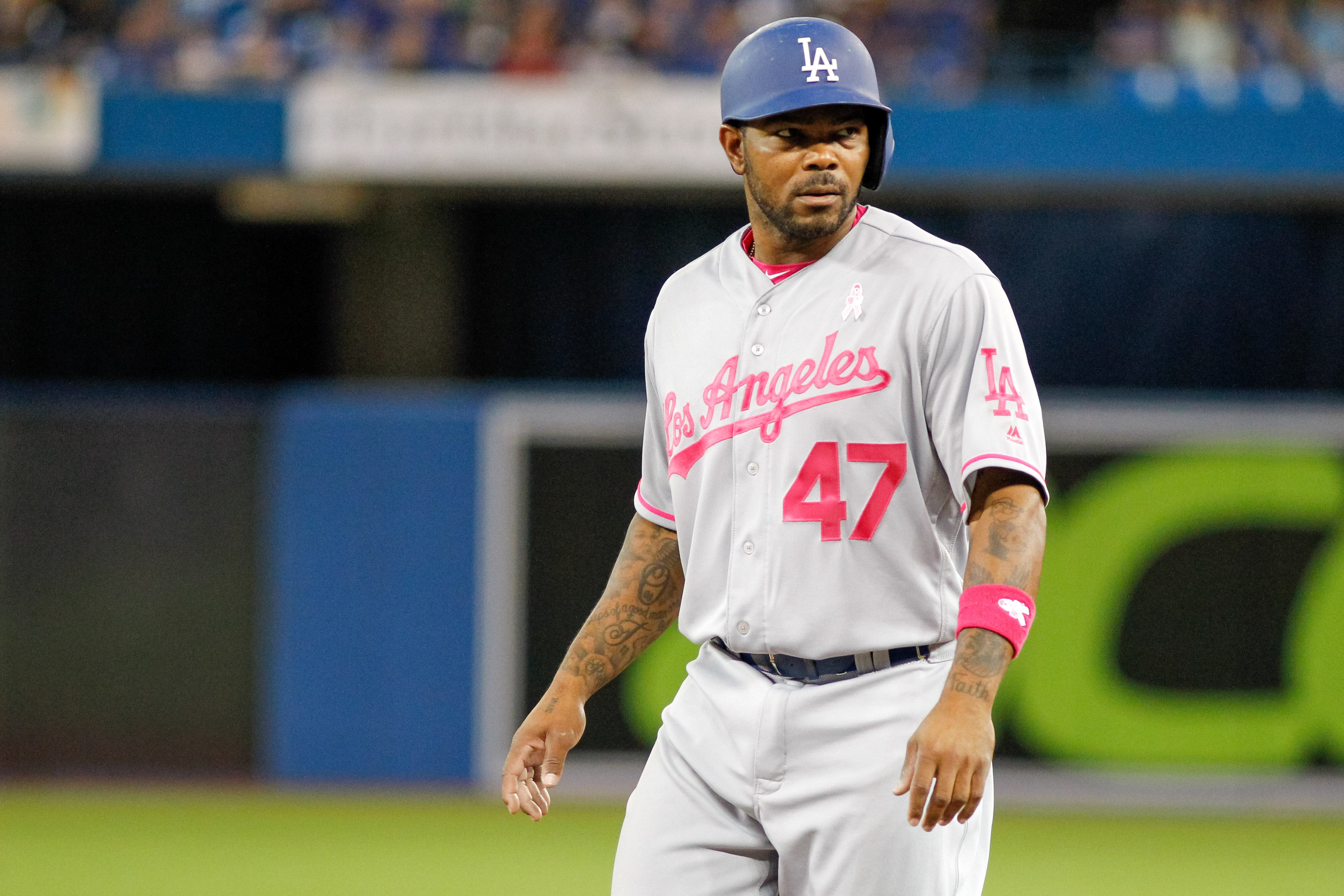 The three homers Tuesday were nice, and Saturday was a stroll. But the comeback from Sunday takes the cake, the swing game that made this a winning week. Howie Kendrick drove home the winning run. (Photo: Kevin Sousa | USA Today Sports)

No free passes: Clayton Kershaw on Saturday recorded his third straight start with double-digit strikeouts and no walks. That has only happened three times in baseball history, with Kershaw doing it twice (Chris Archer was the other person to do it).

On the season, Kershaw has 64 strikeouts against only three walks, and has 34 strikeouts since his last walk. Kershaw had a longer string in 2015, with 46 strikeouts in between walks from July 3 to Aug. 1, 2015.

Mr. Versatility: On Tuesday, Howie Kendrick broke out of his offensive slump with a four-hit game against the Rays that saw both his first extra-base hit and first two runs batted in of 2016. But the longtime second baseman continued to add to his new found positional flexibility. On Wednesday he played second base, third base and left field in the same game, the only Dodger to do so dating back to at least 1913.

Steak streak snapped: With his two-run single in the third inning on Saturday, Adrian Gonzalez added to his team-high total of 17 RBI on the season. But it also snapped a streak for Gonzalez of 10 games without an RBI, which was the third-longest streak of his career.

Saturday: Relief pitcher Casey Fien was claimed off waivers from the Twins. On Monday, we'll find out whether Fien, or some other reliever, gets sent to Triple-A.

The Dodgers run the Jose Oquendo gauntlet, returning home to face the Mets for four games and the Cardinals for three, giving the Dodgers three straight series against 2015 playoff teams.