LOS ANGELES -- The Dodgers made four selections on the first day of the 2016 MLB Draft, taking a pair of athletic position players on the good side of the defensive spectrum and a pair of college pitchers who already rebounded from Tommy John surgery.

Dodgers director of amateur scouting discussed the four picks on a conference call on Thursday night. We saw what he had to say about first-rounder Gavin Lux already, so here is an overview of his thoughts on catcher Will Smith, pitcher Jordan Sheffield and pitcher Mitchell White.

Smith is a catcher who hit .289/.389/.410 in his three years at Louisville, including a junior season that saw him hit .380/.476/.573 in 2016, earning third team All-ACC honors. After hitting two home runs combined in his freshman and sophomore seasons, Smith hit seven home runs as a junior.

He was a shortstop when he enrolled at Louisville, but converted to catcher. It was a slow transition, but he blossomed in his third year.

"We think he's a plus athlete, he has a plus arm, he can really receive. He had a really good year this year. He started to hit with power. He's always had a short, compact swing with bat speed, but he kind of took it too another level this year," Smith said. "He controls the zone, he's a leader on the field. He's at a great program, and with the background work we did, his intangibles are off the charts.

"His skill set is really valuable. We all know how hard it is to find these catchers, especially athletic ones who can play defense and hit. Austin Barnes is a very good example of this, with his value, and he's up in the major leagues. ... We thought it was a good combination of athleticism and hit tool, and we're excited to get him."

Both college pitchers have similar stories. Both have recovered from Tommy John surgery that wiped out their freshman seasons, and both pitched primarily in relief as redshirt freshman, before breaking out as full-time starters in 2016.

"In today's world, it's almost who doesn't have Tommy John?" Gasparino asked rhetorically.

The Dodgers' first-round pick in 2015, Walker Buehler, had to have Tommy John surgery last year and has yet to make his pro debut. But Gasparino insisted the Dodgers aren't necessarily targeting formerly damaged goods, though it helps if the pitchers show a strong rebound after the surgery, as Sheffield and White both did in 2016.

"It makes us feel better when they've been pitching after surgery for a year with success and high-end stuff," Gasparino said. "It's definitely not a strategy we're seeking out, but it seems like something we're dealing with on a yearly basis a lot, given how many are out there."

Gasparino touted Sheffield's multi-sport background in high school. He said they had designs on possibly getting Sheffield at No. 36 before the draft, but as their No. 32 pick approached the club was unsure he would still be available. Gasparino said, if anything, Sheffield being available at the 32nd selection was his fist-pump moment of Day 1.

"He's super athletic. He's a former standout high school football player," Gasparino said. "We thought he was one of the better athletes in the draft at any position.

"He's up to 96, has big arm strength. His changeup has really developed this year into a plus pitch. The breaking ball has always been a calling card for him. We think his command/control numbers were significantly improved. He's a highly competitive kid." 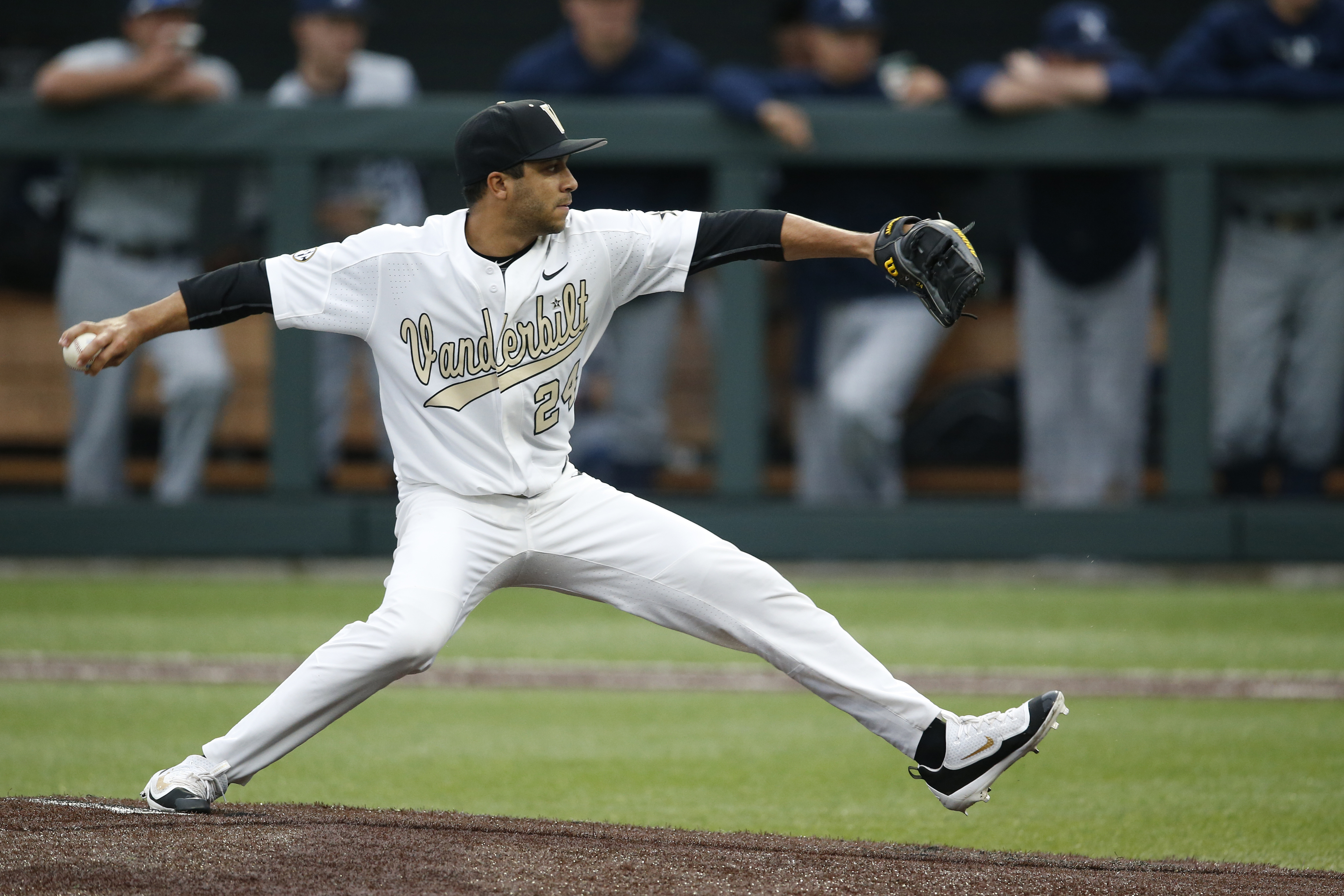 White was lighting up the radar gun late in the 2016 season, Gasparino said.

"He was a second-half performer this year. He was a little slow coming off Tommy John surgery two years ago, and was a reliever for Santa Clara," Gasparino said. "But he's a 6'4, projectable body, who's up to 95 mph with several high-strikeout games.

"It's a plus slider. He's big and physical, and his arm has really recovered from Tommy John, and we feel like he's trending up to be a mid-rotation starter."

Sheffield and White were draft eligible after their sophomore seasons thanks to the year they sat out while recovering from surgery. That makes the three years out of high school, the required amount of time if at a four-year college to be draft eligible again. It also gives them leverage, but Gasparino expects both to sign with the club.

"From what we understand, both guys are ready to start their professional career. Redshirt sophomores, I know there are two years of eligibility left, but they are 21. It's very common for these guys to want to sign at this age. Not many people want to go back in the draft as a 22-year-old, so I think we're in good shape," Gasparino said. "We're going to call the kids over the next couple days and try to work something out. Hopefully we can make a deal."