The Dodgers selected outfielder Cody Thomas in the 13th round of the 2016 MLB Draft, a validation of the former two-sport high school star in Texas who chose baseball over football this season at the University of Oklahoma.

The 6'4 Thomas, a left-handed batter and right-handed thrower, hit .299/.354/.556 with six home runs and eight doubles in 40 games as a junior, his first time in three years at Oklahoma that he really played much baseball.

"He could be a monster," Sooners coach Pete Hughes told John Helsley of The Oklahoman in May. "He's committed to this thing."

But it wasn't always that way.

Thomas was a two-sport star at Colleyville Heritage High School in Texas, and was ranked as the 165th-best draft prospect by Baseball America. But with a commitment to play both the outfield in baseball and quarterback in football at Oklahoma, he had a lot of leverage. Thomas was drafted in the 30th round of the 2013 draft by the Yankees, but instead chose to enroll in school.

He was just 1-for-12 in 14 games as a freshman for the baseball team, and in 2014 the backup quarterback for the football team, starting three times.

In 2015, he quit the baseball team to focus on football, trying to win the open quarterback competition. But that job ultimately went to Baker Mayfield, and the entirety of Thomas' contribution in 2015 consisted of two games and three pass attempts, completing one.

So in January, Thomas reversed course and quit football to focus solely on baseball, and that decision seems to have paid off. Possibly literally, should he sign with the Dodgers. 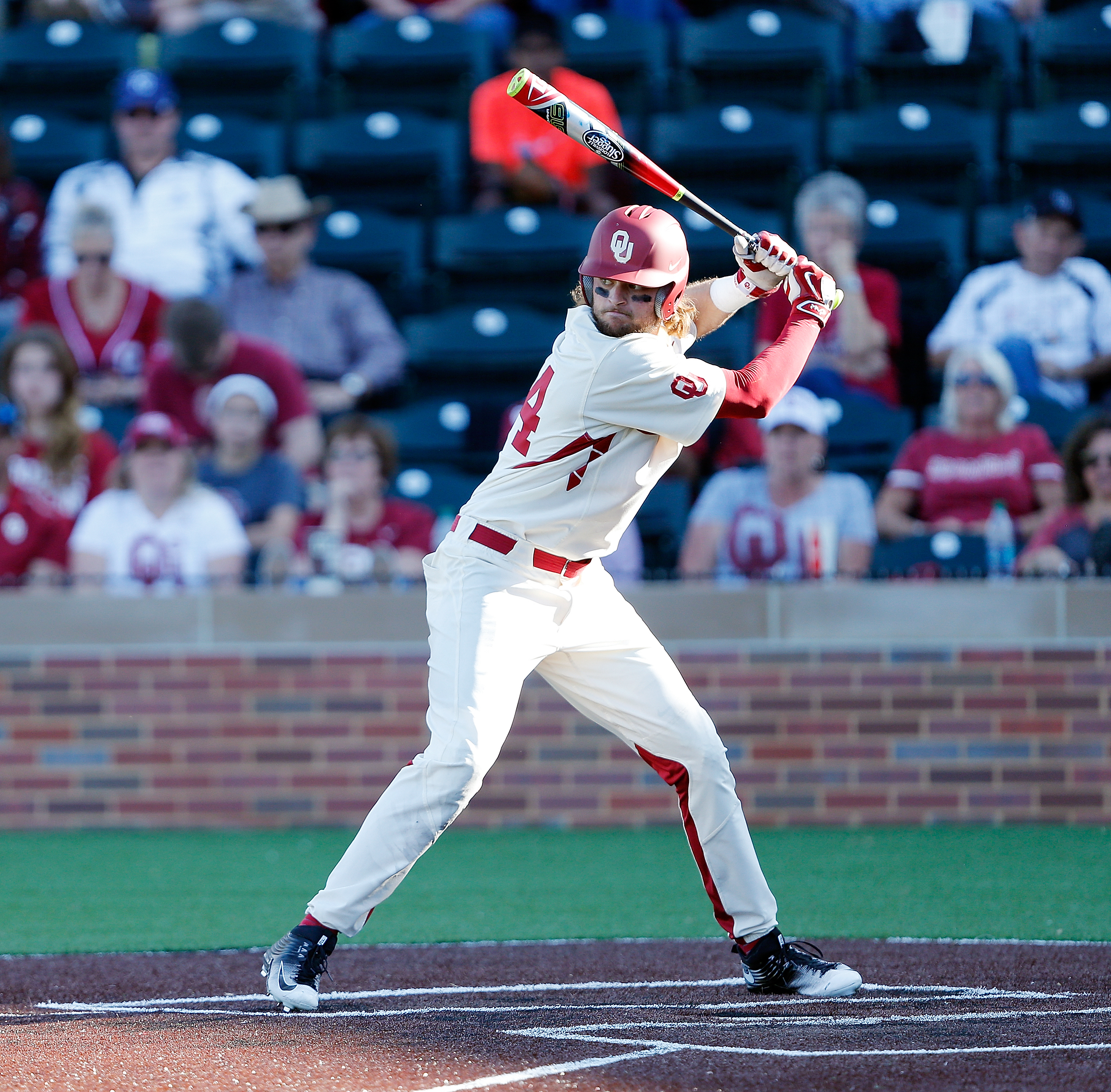 Thomas was with the Sooners at the Dodgertown College Baseball Classic on March 6, but did not play.

The Dodgers have drafted two players from the University of Oklahoma who made the majors — outfielder and future longtime Braves announcer Joe Simpson in the third round in 1973, and future Stuntmen member Mickey Hatcher in the fifth round in 1977.