The Dodgers rebounded from a disappointing week with series wins over both the Diamondbacks on the road and the Brewers at home, winning five of seven games.

The offense came alive in a relative sense, thanks in part to two key components who slumped during the first two months. Justin Turner had five home runs entering last week then hit four more, and Howie Kendrick homered for his first extra-base hit at home this season in a week that saw him hit .444 (8-for-18).

But even with five wins in seven game, the Dodgers lost a game and a half in the National League West, thanks to San Francisco winning all of their games, eight straight victories in all.

At this point, there is still plenty of season left, but down by 6½ games in the division there doesn't seem to be much point in worrying about the results from the team up north. If the Giants continue to win like they have, they will likely win the division, and except in games against them that's not anything the Dodgers can control.

Nothing is going to matter unless the Dodgers play well, which they did last week. At the moment, the Dodgers are in position to play in the Wild Card Game (against Don Mattingly's Marlins, which would make for quite an interesting story line). That's certainly not the goal, but as long as the Dodgers keep playing well things will probably take care of themselves, division title or otherwise.

Dodger Batter of the Week: One week after starting to heat up, Justin Turner was in full beast mode last week, hitting four home runs while hitting .462 (12-for-26), driving in nine runs. He peaked on Friday, with two home runs and a walk-off RBI single in the 10th inning, driving in all the runs in a 3-2 win over Milwaukee.

Dodger Pitcher of the Week: He didn't get the win, but Julio Urias had his best start to date on Friday, striking out a career-high eight in five scoreless innings. The 19-year-old has 22 strikeouts and three walks in his last three starts as he continues to smooth out his learning curve. 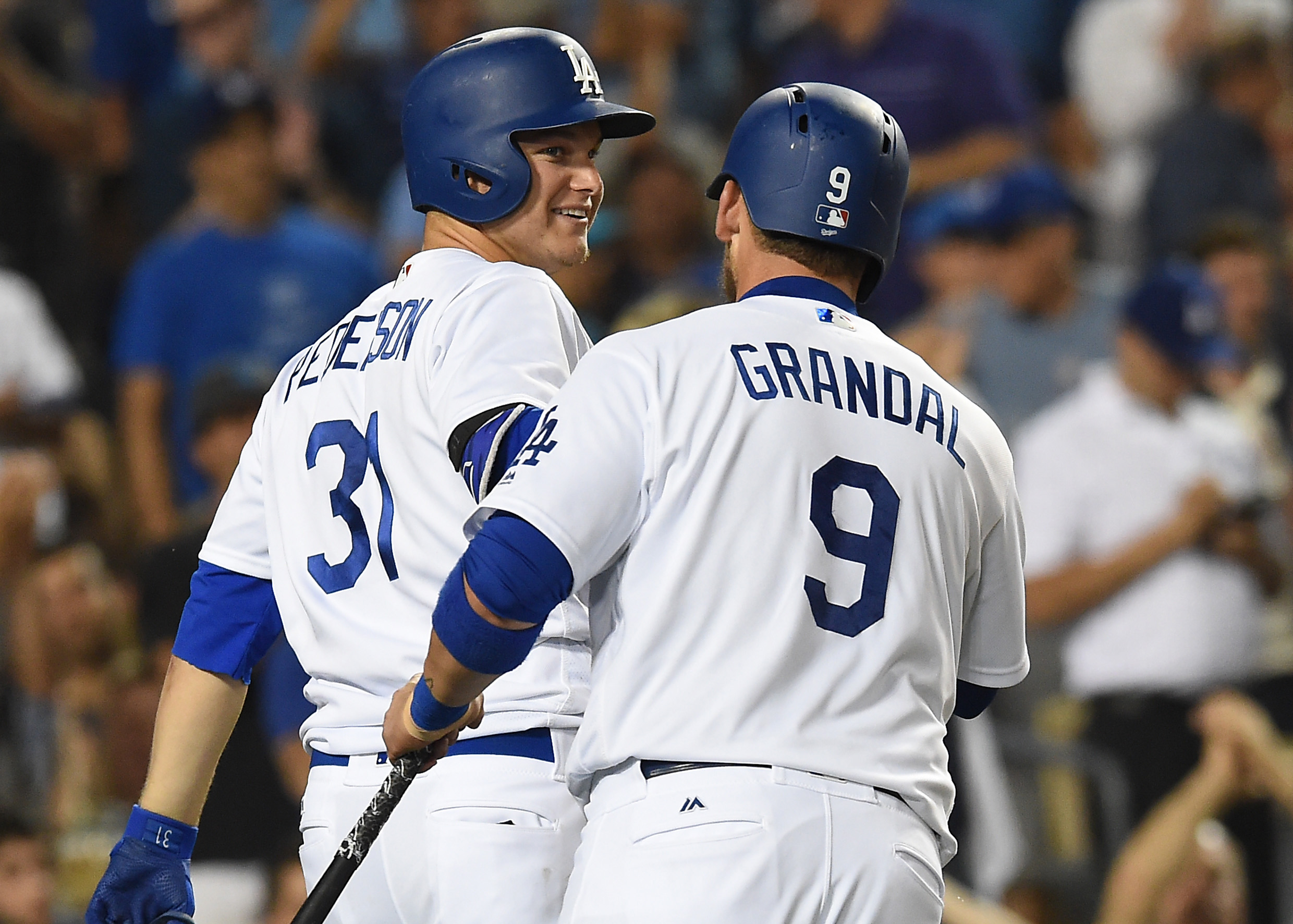 Monday: Eight days after he was designated for assignment, outfielder Carl Crawford was released.

Tuesday: Filling the role of left-handed bat on the bench, Will Venable was signed to a major league deal at a pro-rated share of the minimum salary of $507,500, and catcher/infielder/bon vivant Austin Barnes was optioned to Triple-A Oklahoma City.

Sunday: A beleaguered bullpen got some relief with Carlos Frias getting recalled from Triple-A; starting pitcher Mike Bolsinger was optioned to Triple-A after another short outing on Saturday.

Sunday: Just when we thought the week was all done, the club traded Zach Lee to the Mariners for infielder Chris Taylor.

The Dodgers run the Tim Foli gauntlet, finishing up a homestand with three games against the mighty Nationals, followed by an off day then a weekend wraparound four-game series against the Pirates in Pittsburgh. The weekend rotation is Pittsburgh is an educated guess; Juan Nicasio's rotation slot comes up Sunday for the Pirates, but he is currently on the restricted list dealing with a family matter, with an unknown return date.