It was a week of roster trimming for the Dodgers, who cleared a pair of players — Carl Crawford and Alex Guerrero — off their books who are still under contract through 2017. Both were inevitable and bound to happen at some point, but the two transactions just happened to help clear the stage for Corey Seager.

The Dodgers shortstop isn't exactly an unknown in baseball circles, a highly-regarded prospect for years who was the consensus top prospect in the sport heading into 2016. Seager has tasted success pretty much from the moment he stepped on a major league field last September, but his ascension to the top of the Dodgers' food chain and into stardom became complete this week with a nearly unprecedented power display.

Seager hit a three-run home run to put away the game on Tuesday night at Wrigley Field, the only one of the four games against the Cubs that the Dodgers won.

On Friday, Seager hit three solo home runs in a home win over the Braves, the first rookie shortstop in major league history to do so, per Elias Sports Bureau. Seager is the only Dodgers rookie at any position with three home runs in a game, and at 22 years, 37 days old is the sixth-youngest player in MLB history with a three-homer game.

To top it all off, Seager hit two more home runs on Sunday against Atlanta, giving him six home runs during the week.

Seager in May tied the Dodgers record with seven home runs in a month. Through five games in June, he has five more. We are nearing 1985 Pedro Guerrero territory here.

Dodger Batter of the Week: This one goes to Corey Seager with his 1.037 slugging percentage and 11 RBI during the week.

In truth, the Dodgers only had four real contributors on offense among the 14 position players. Trayce Thompson was great with his two home runs, three steals, .500 on-base percentage and .813 slugging. Kike Hernandez snapped out of his six-week slump with two home runs and a double while hitting .385 (5-for-13), and Yasmani Grandal battled through hand and foot injuries to homer and walk five times en route to an .892 OPS despite going just 2-for-11 (.182).

Dodger Pitcher of the Week: It's almost reflexive to give this to Clayton Kershaw, who was great with his six scoreless innings on Friday against the Braves, but I'm going with Scott Kazmir, who made two starts during the week and had more strikeouts (12) than innings (11). Kazmir had six scoreless innings of his own, on Tuesday against the best offense and best team in baseball, and he held his own against Jake Arrieta, who the Dodgers were able to wait out, then beat the Cubs bullpen snapping Chicago's 23-game winning streak in Arrieta starts. 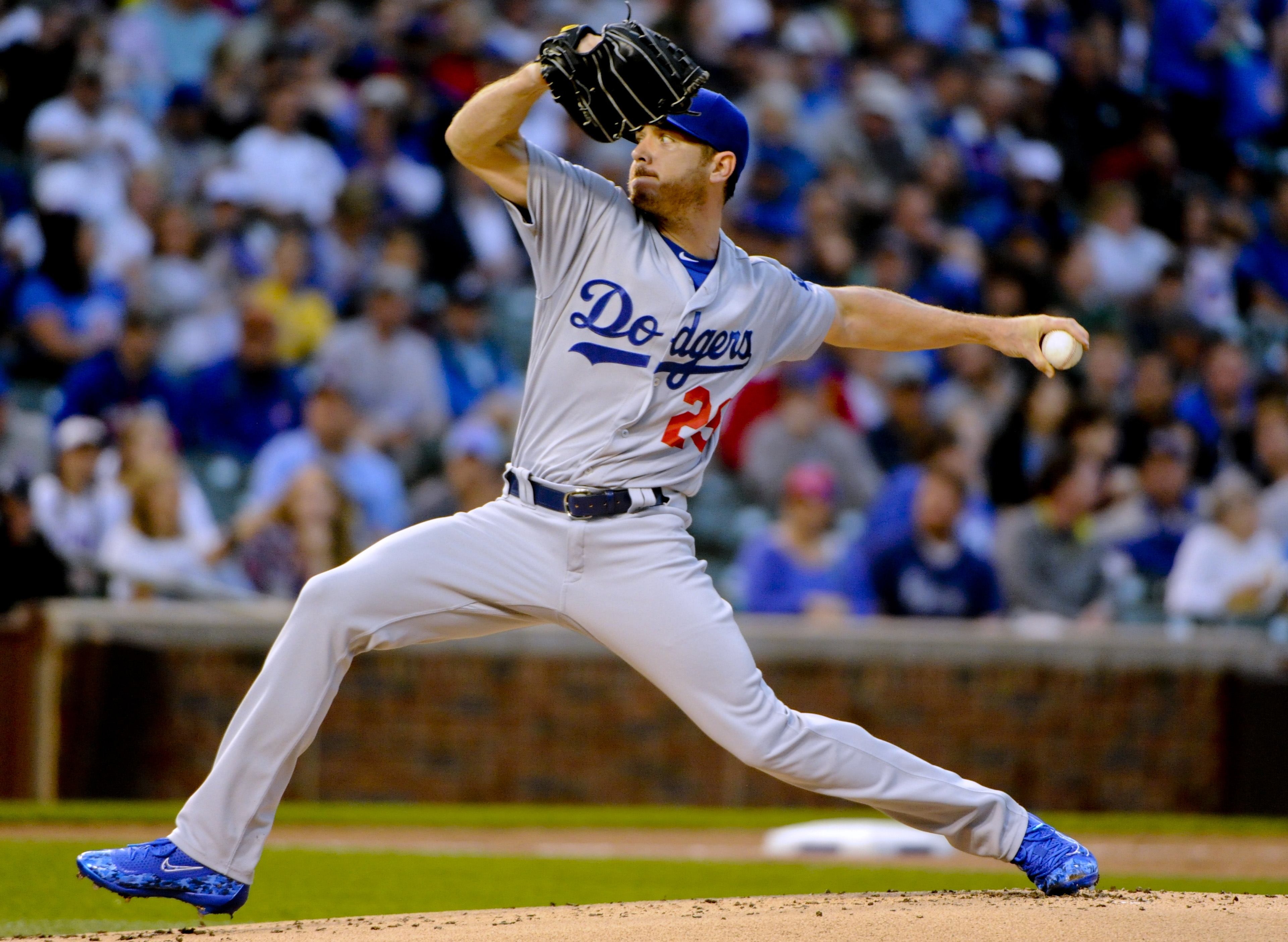 Tuesday: With his minor league rehab assignment completed, Alex Guerrero was activated from the disabled list and designated for assignment, removing him from the 40-man roster.

Tuesday: One day after striking out seven in five innings in a start against the Cubs, starter Alex Wood was placed on the 15-day disabled list with a posterior left elbow impingement, an injury that will keep him sidelined for over a month. Needing a starting pitcher to replace Wood, Julio Urias was recalled from Triple-A Oklahoma City just three days after he was optioned back to the minors.

Friday: Outfielder and first baseman Scott Van Slyke was activated from the disabled list after missing 49 games with a back injury, with outfielder Yasiel Puig placed on the 15-day DL with a left hamstring strain.

Saturday: Outfielder a James Ramsey, who was designated for assignment on May 28 and removed from the 40-man roster, cleared waivers and was sent outright to Triple-A Oklahoma City.

Sunday: The week of clearing house continued, with outfielder Carl Crawford getting designated for assignment, and catcher/infielder Austin Barnes was recalled from Triple-A.

The Dodgers run the Charlie Hayes gauntlet, finishing off their homestand with three games against the Rockies, followed by an off day then a weekend showdown against the division-leading Giants.