Former Dodgers catcher Mike Piazza will get inducted into the National Baseball Hall of Fame on Sunday morning in Cooperstown. But while this should be a joyous moment for the franchise, years of acrimony following a tumultuous exit makes this weekend a bittersweet one for Los Angeles.

This is the second straight year an all-time great who was a rookie with the 1993 Dodgers will be enshrined in Cooperstown. Pedro Martinez, inducted in 2015, only pitched one season in Los Angeles and was traded before he reached his age-22 season. He was one that got away, certainly a great loss, but Piazza was different.

That he was a 62nd-round draft pick, made only as a favor to Tommy Lasorda, a close friend of Piazza's father from Norristown, Pennsylvania, further strengthened Piazza's ties to franchise lore.

The year 1988 was a magical one for the Dodgers and not just because it was their last World Series appearance. The club also signed Martinez and drafted Piazza in June of that year (drafted Eric Karros and signed Raul Mondesi, too). But letting both Hall of Famers get away is one of the reasons why the franchise hasn't been back to the fall classic since.

Piazza hit pretty much from the start. After a September call up in 1992, Piazza took over as the starting catcher as a rookie in 1993, and was immediately the best hitter on the team. Piazza hit .318/.370/.561 and set Dodgers rookie records with 35 home runs and 113 RBI, including two home runs on the season's final day to eliminate the 103-win Giants from playoff contention.

It was a different time in baseball 23 years ago. The offensive explosion was just beginning, but we were close enough the 1980s and 1970s to still have old-school ideals. Reaching 30 home runs and 100 RBI was still a big deal, and at the time something that hadn't been achieved by any Dodgers batter since Pedro Guerrero in 1982 and 1983.

Piazza's 1993 season was just the seventh 30/100 season by a Dodger in the 36 years since the team moved to Los Angeles. And he was a rookie. 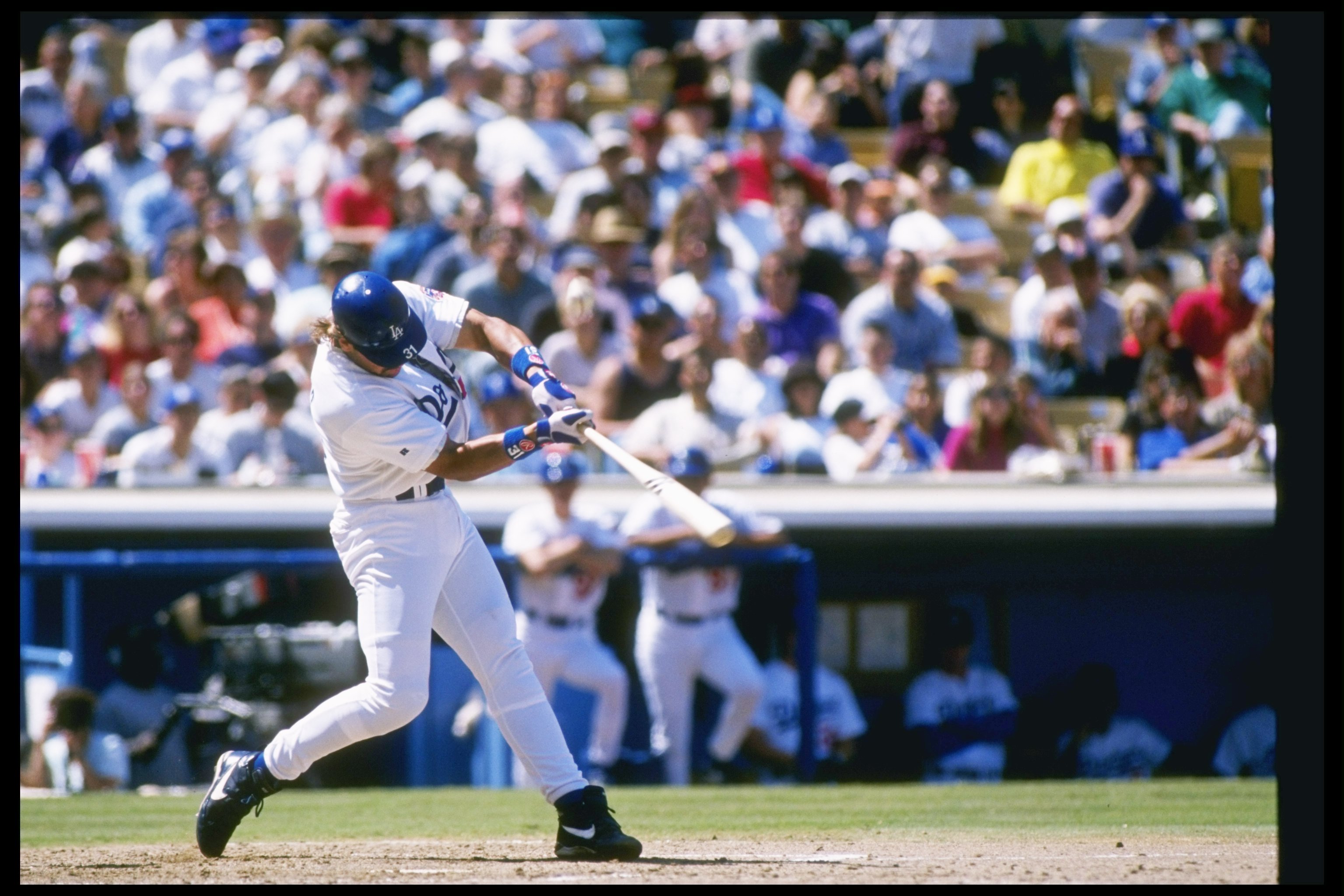 Piazza was an All-Star as a reserve in his rookie season in 1993, then was voted as the starting National League catcher for the next nine years and 11 of his next 12 seasons. But only five of those All-Star Games were played in a Dodgers uniform.

With free agency looming after the 1998 season, Piazza and the Dodgers couldn't come to a long-term contract agreement. Complicating matters was the sale of the team from the O'Malley family to the cold, corporate Fox Corporation.

"I think [the Dodgers] had the idea that, 'We gave you your chance, we gave you your opportunity,' and I'm like I don't feel lucky to be here, I feel you're lucky to have me," Piazza said in the MLB Network documentary 'Against the Odds: The Mike Piazza Story,' which aired last week. "I kind of felt like, hey, you need to step up and do the right thing."

The two sides never did come to an agreement, and the club traded Piazza to the Marlins on May 15, 1998. Only it wasn't Claire who made the trade. Instead, club president and CEO Bob Graziano and Fox executive Chase Carey and his dastardly mustache completed the deal, which sent Piazza and third baseman Todd Zeile to Florida for outfielder Gary Sheffield, catcher Charles Johnson, "third baseman" Bobby Bonilla, outfielder Jim Eisenrich and minor league pitcher Manuel Barrios.

Claire almost quit after the trade, telling the AP, "That's the first time being a general manager that I've ever been informed that a trade had been made."

From a strictly baseball standpoint, even with the trade finalized by a television executive, the Dodgers probably did fine in the deal. Sheffield was among the best hitters in baseball at the time — just last week, Sheffield recounted the trade from his perspective, a fascinating read — and through the end of his contract in 2001 amassed 17 Wins Above Replacement for the Dodgers, close enough to the 19 WAR accumulated during that time by Piazza, who within a week was traded to the Mets, then signed a seven-year, $91 million contract with New York after the 1998 season.

Johnson didn't hit much with the Dodgers (.217/.279/.358) but was a great defensive catcher who was in the middle of a seven-year stretch in which he averaged 3 WAR per season. The Dodgers traded him in that offseason in a three-team deal for Todd Hundley.

But from an emotional standpoint, the Piazza trade was an absolute gut punch.

Rational arguments are all well and good, but all benefit of the doubt flies out the window when a Cooperstown-bound franchise favorite gets traded. Especially when after consecutive playoff appearances in 1995-96 and a near-miss in 1997, the Dodgers went six years without a postseason appearance under the Fox ownership.

Though the trade was finalized on May 15, 1998, the news of the deal broke the night before, which coincidentally was also the day Frank Sinatra died, making that arguably one of the worst days ever for Lasorda. 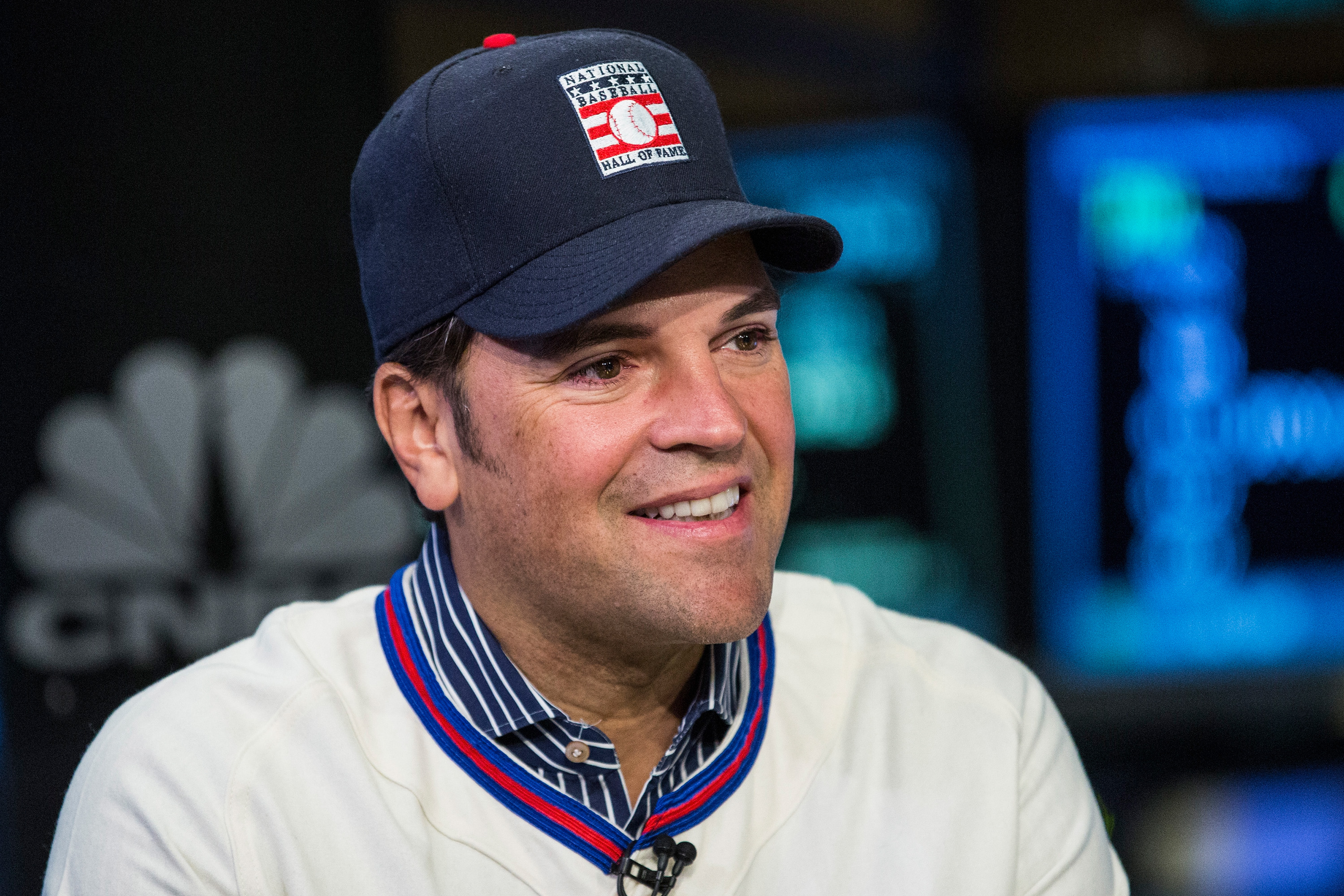 As the saying goes, time heals all wounds, and for the most part that has been the case with the Piazza trade, though there are still a couple nagging points that keep the wound fresh.

One is that Piazza will be enshrined in Cooperstown wearing a Mets cap. This was not a surprise, as it was Piazza's clear choice, the team for whom he played in his only World Series, with Piazza playing 246 more games as a Met than as a Dodger, with 43 more home runs with New York than LA.

There is an argument to be made that Piazza deserves to go in the Hall of Fame as a Dodger. He hit .331/.394/.572, finished second in MVP voting twice with the Dodgers, plus a fourth- and sixth-place finish with LA, and amassed more WAR with the Dodgers (31.9) than Mets (24.5). But it's understandable that Piazza goes in as a Met, especially when that is his preference.

"That's the first time being a general manager that I've ever been informed that a trade had been made." -Dodgers general manager Fred Claire, to the AP on the Mike Piazza trade in 1998.

However, that brings us to the second point. Piazza needs to be recognized, formally, as a Hall of Famer by the Dodgers.

The club has a policy of only retiring the numbers of Hall of Famers with the team, with the lone exception Jim Gilliam, who was with the club for a quarter century as a player and coach before dying suddenly before the 1978 World Series.

Piazza was drafted and developed as a Dodger, made five All-Star teams in his five years with Los Angeles. Despite the limited time with the Dodgers, Piazza ranks ninth in franchise history with 177 home runs, the fifth-most since the club moved to Los Angeles.

Simply put, Piazza is not a Hall of Famer without his sizable contributions to the Dodgers. 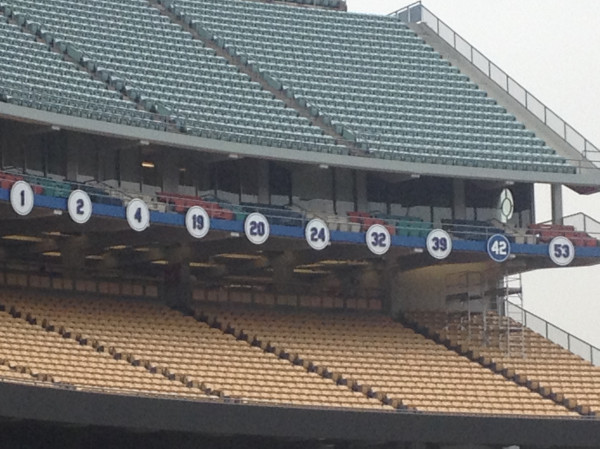 There is room for at least one more. (Photo: Eric Stephen | True Blue LA)

But that will probably require some fences to be mended. In Piazza's 2013 book 'Long Shot,' he jumped on the third rail of Dodgerdom by partially blaming Vin Scully for his exit. From Bill Shaikin in the Los Angeles Times:

"The way the whole contract drama looked to [fans] -- many of whom were taking their cue from Scully -- was that, by setting a deadline and insisting on so much money, I was demonstrating a conspicuous lack of loyalty to the ball club," Piazza wrote. "I understood that."

"On top of that, Vin Scully was crushing me," Piazza wrote.

A few weeks later, Piazza backed off of the claims in his book, per Dylan Hernandez of the Times:

Piazza acknowledged that he never heard Scully's broadcasts and that his impressions of them were based on what he heard from others.

"My perception was that he was given the Dodgers' versions of the negotiations, which, I feel, wasn't 100% accurate," Piazza said.

Piazza hasn't returned to Dodger Stadium in any official capacity since the trade, except as an opposing player.

Whatever needs to be done on both sides, this has to be rectified, and Piazza deserves to be recognized with his number 31 retired by the Dodgers.

That will help heal old wounds, and give fans a memory of Piazza other than as someone who got away. The Dodgers incorporate their history arguably better than any other major league franchise. The time has come to embrace Piazza, the first Hall of Famer drafted and signed by franchise.