The Dodgers got terrible news this week with Clayton Kershaw sideline with a herniated disc in his back, and also lost starting center fielder Joc Pederson to a sprained AC joint in his right shoulder.

But even with the losses, the Dodgers were able to limit the losses on the field, winning six of seven games in Pittsburgh, Milwaukee plus back home against the Rockies. The club has won 12 of its last 16 and 14 of its last 19 games.

Even without Kershaw, the club got strong pitching from just about everyone, and the offense did what it had to do.

Dodger Batter of the Week: A little rest did wonders for Adrian Gonzalez, who was recharged after two days out of the starting lineup in Pittsburgh. He responded by hitting nearly .500 (10-for-21) while leading the club with six RBI during the week. The offense did its job all week, averaging a tick under five runs per game, with help from Corey Seager, Yasiel Puig, Justin Turner and Yasmani Grandal, too.

Dodger Pitcher of the Week: Bud Norris had as good a Dodgers debut as could have been reasonably expected, throwing six scoreless innings to beat the Rockies, striking out eight while allowing only two hits. He narrowly beat out Brandon McCarthy, who returned from Tommy John surgery Sunday to pitch five scoreless innings. Really, in a week the Dodgers found out they would be without Clayton Kershaw for an undisclosed but significant amount of time, the entire starting rotation looked great. 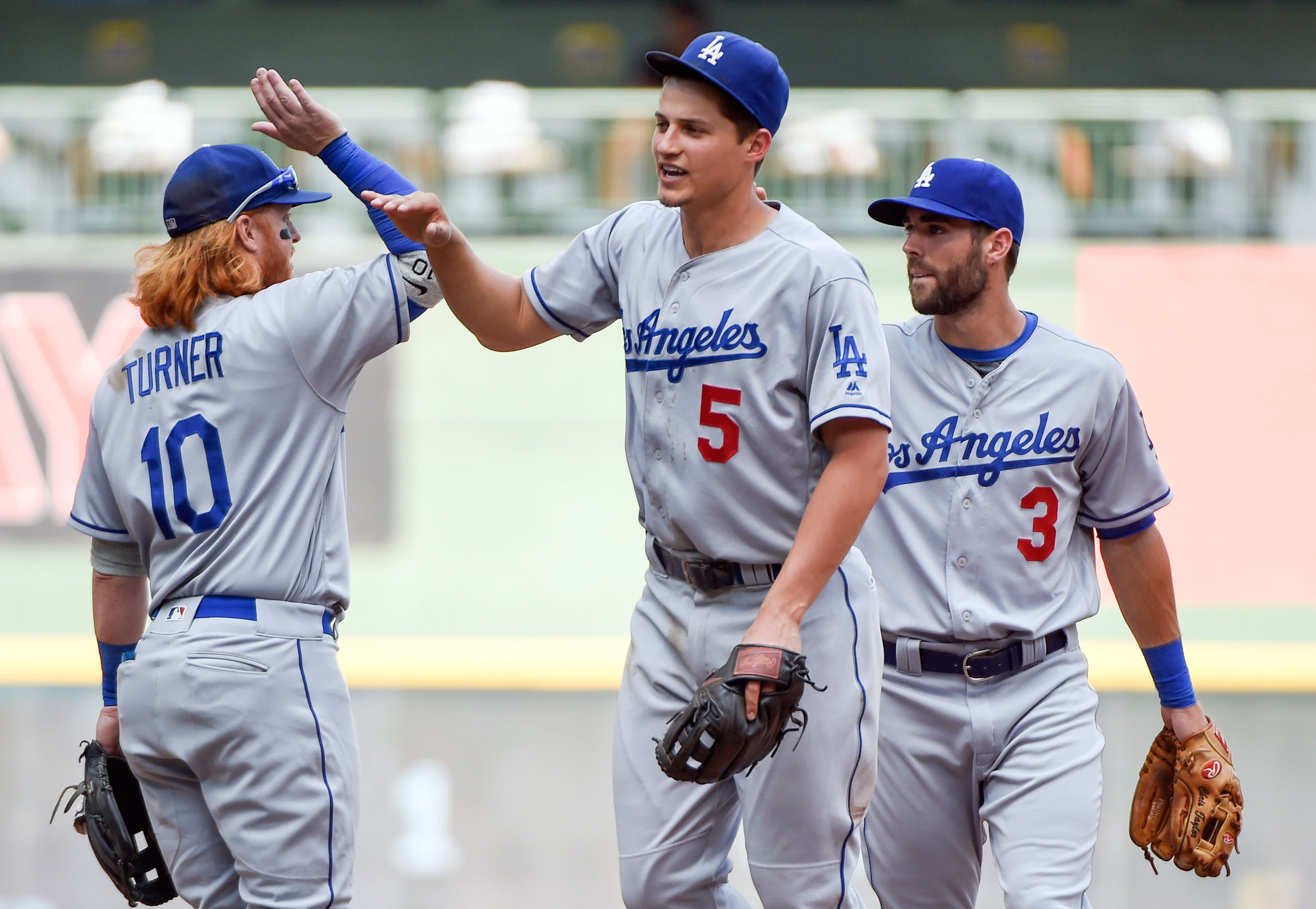 On the day they learned Kershaw would hit the DL, the Dodgers responded with three home runs in an easy win in Milwaukee (Photo: Benny Sieu | USA Today Sports).

Monday: Nick Tepesch was claimed off waivers from the Dodgers by the A's.

Tuesday: The Dodgers claimed infielder Cole Figueroa off waivers from the Pirates.

Wednesday: Brock Stewart was called up from Triple-A Oklahoma City to make his major league debut. Kike Hernandez was placed on the 15-day disabled list with rib cage inflammation, and Alex Wood was transferred to the 60-day DL.

Sunday: Brandon McCarthy was activated from the 60-day disabled list to start against Colorado, and Stewart was optioned to Triple-A. Yasiel Sierra was sent outright to the minors, as was Somsen. Thomas was released.

The Dodgers run the Alan Wiggins gauntlet, heading into the All-Star break with the games against the Orioles then four with the Padres.