Dodgers will wear these All-Star caps & jerseys in San Diego

Share All sharing options for: Dodgers will wear these All-Star caps & jerseys in San Diego

The All-Star Game is coming next week at Petco Park, and with it comes a new set of unique caps for the event. In fact, there are two different caps for two days in San Diego, one for Home Run Derby on Monday and one for the game on Tuesday night.

Players wear their own uniforms during the All-Star Game itself, but on Monday is when players wear specially designed "National" or "American" jerseys depending on the league, with some design unique to the city. San Diego has embraced the taco uniforms of the 1970s and 1980s for Monday, incorporating the infamous brown and mustard. 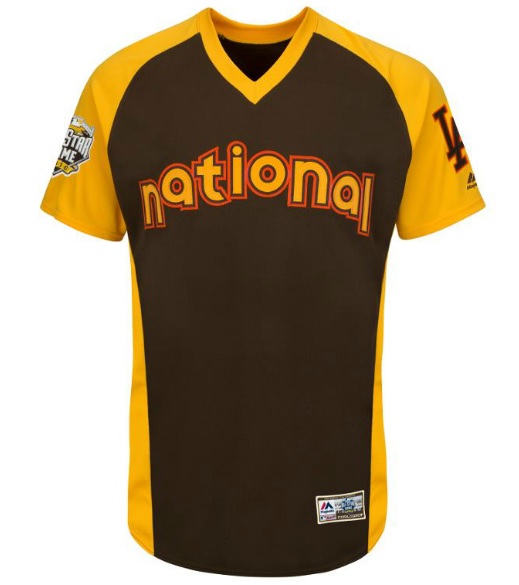 Note that the National League wears the dark uniform even though the game is in an NL park. That's because the American League is technically the home team in 2016, as MLB has decided to alternate home field advantage each year beginning with the second of four straight seasons with the midsummer classic in an NL venue.

I happen to love these old Padres uniforms as well as this All-Star incarnation, but the one glaring, hideous downside is the eyesore that players will wear on top of their heads on Monday. The same lowercase "padres" logo is used to spell out each team name, which produces this Dodgers cap that should never be worn in public. 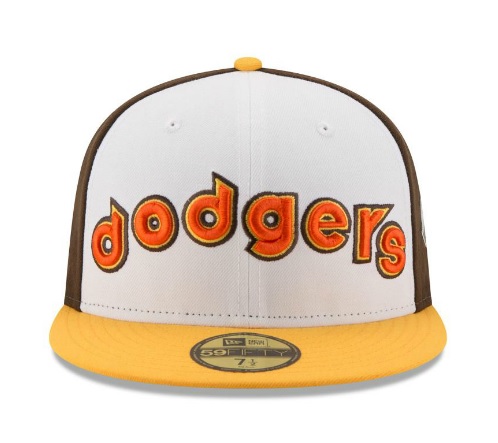 On Tuesday, each player will wear a variation of their own team's caps, which at the very least has stayed true to each team's individual colors for the most part. The main difference in these All-Star Game caps are heather grey bills, the patch on the side, and there are gold outlines to each team's logo, plus gold stars surrounding the holes on the panels. 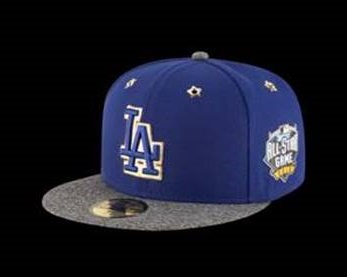 In addition, on the back the caps have one gold star on each side of the MLB logo. 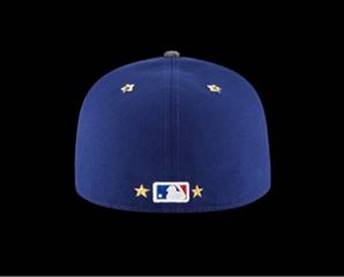