Share All sharing options for: Dodgers Week 17: Keep climbing in the division

Dodger Batter of the Week: Joc Pederson takes this after hitting a home run in three straight games over the weekend, leading a resurgent offense. Yasmani Grandal and Corey Seager were also great, and Yasiel Puig finally cracked the starting lineup on Sunday after dealing with hamstring tightness, getting a single and two doubles, certainly no minor accomplishment.

Dodger Pitcher of the Week: Bud Norris left his Sunday start with lat tightness after just two batters, but pitched scoreless ball in his other outing, and reached the 1,000-strikeout club in his career. 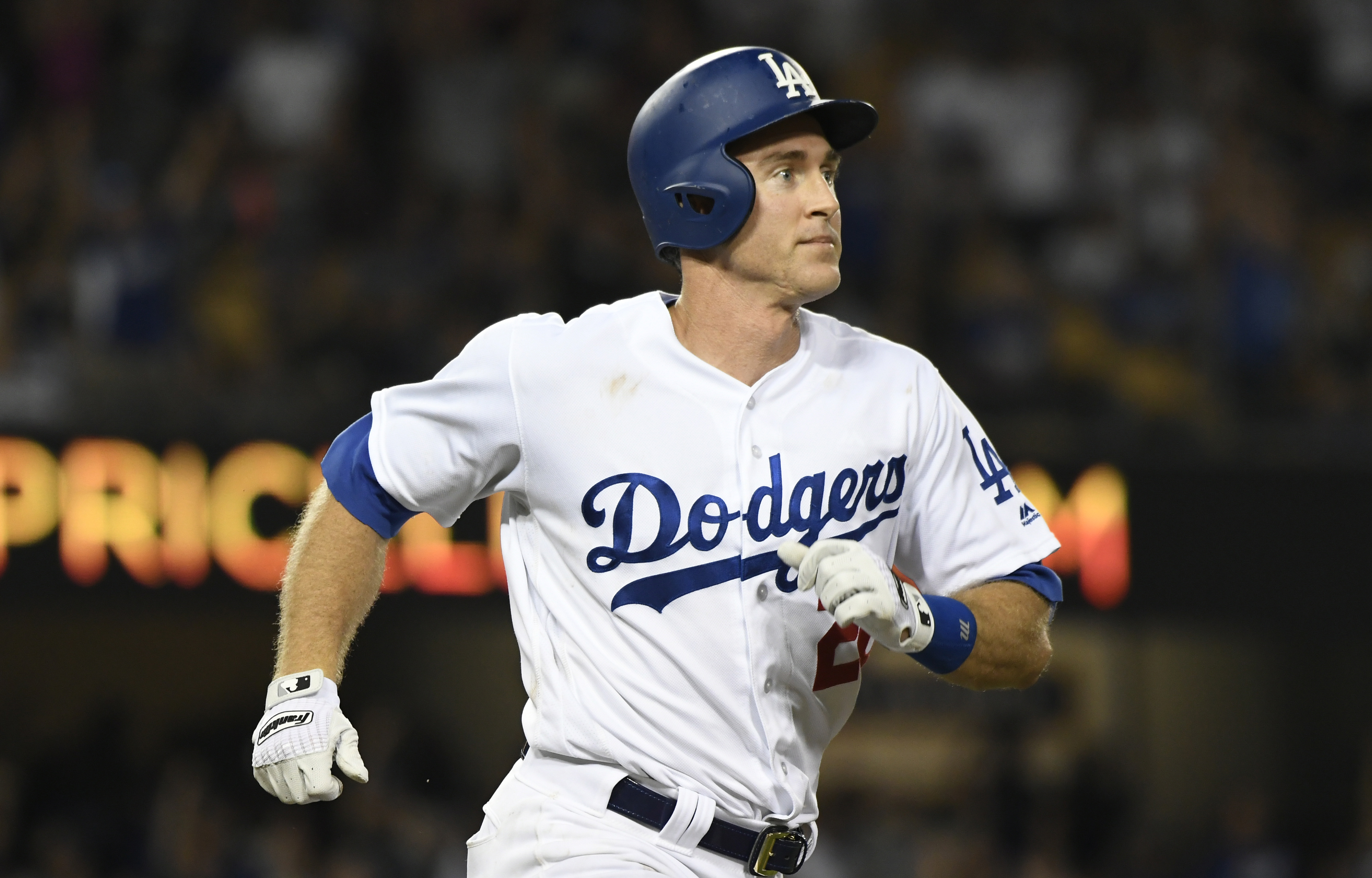 Give up seven, score five, all in the seventh inning (Photo: Richard Mackson | USA Today Sports).

Saturday: Utility man Kiké Hernandez was activated from the disabled list after missing a month, and catcher Austin Barnes was optioned to Triple-A Oklahoma City.

The Dodgers run the Mike Lansing gauntlet, taking a quick trip to Denver for three games against the Rockies, followed by a weekend series at home that sees the Red Sox at Dodger Stadium for the third time. When Rich Hill and Bud Norris might slot in the rotation remains to be seen.