Share All sharing options for: Dodgers Week 19: Breaking even

The Dodgers split six games with the Phillies and Pirates last week, continuing to balance the strain of a starting rotation held together by chewing gum and baling wire with a bullpen that has been effective but with an extremely heavy workload to date.

The relievers pitched more innings than the starters did last week, and that isn't the first time that has happened recently. But so far, the staff has managed to somehow hold things together. How long they can continue down this path remains to be seen.

The Dodgers did get wins last week from a 19-year-old starting pitcher and a 20-year-old relief pitcher.

The offense, as it has since the All-Star break and even a little before, came through in a big way, serving as a buoy last week averaging over five runs per game. Joc Pederson hit .429 with seven extra-base hits, Howie Kendrick hit .476 with six extra-base hits, and they were joined by MVP candidate Corey Seager and his 12-for-26 (.462) week as well.

The week saw the Dodgers briefly taste a share of first place, catching the Giants after Tuesday night's win, but the week ended as it began, with LA one game back of San Francisco in the National League West.

Dodger Pitcher of the Week: The starters put up a devilish 6.66 ERA for the week, with no true standout though Scott Kazmir came close in his tough-luck loss on Wednesday afternoon. This award goes to Jesse Chavez, who after a rough first week with his new team came through with 5⅓ scoreless innings and six strikeouts to pace the bullpen. Sadly he didn't pitch in a game with Josh Ravin, let alone consecutively at home. 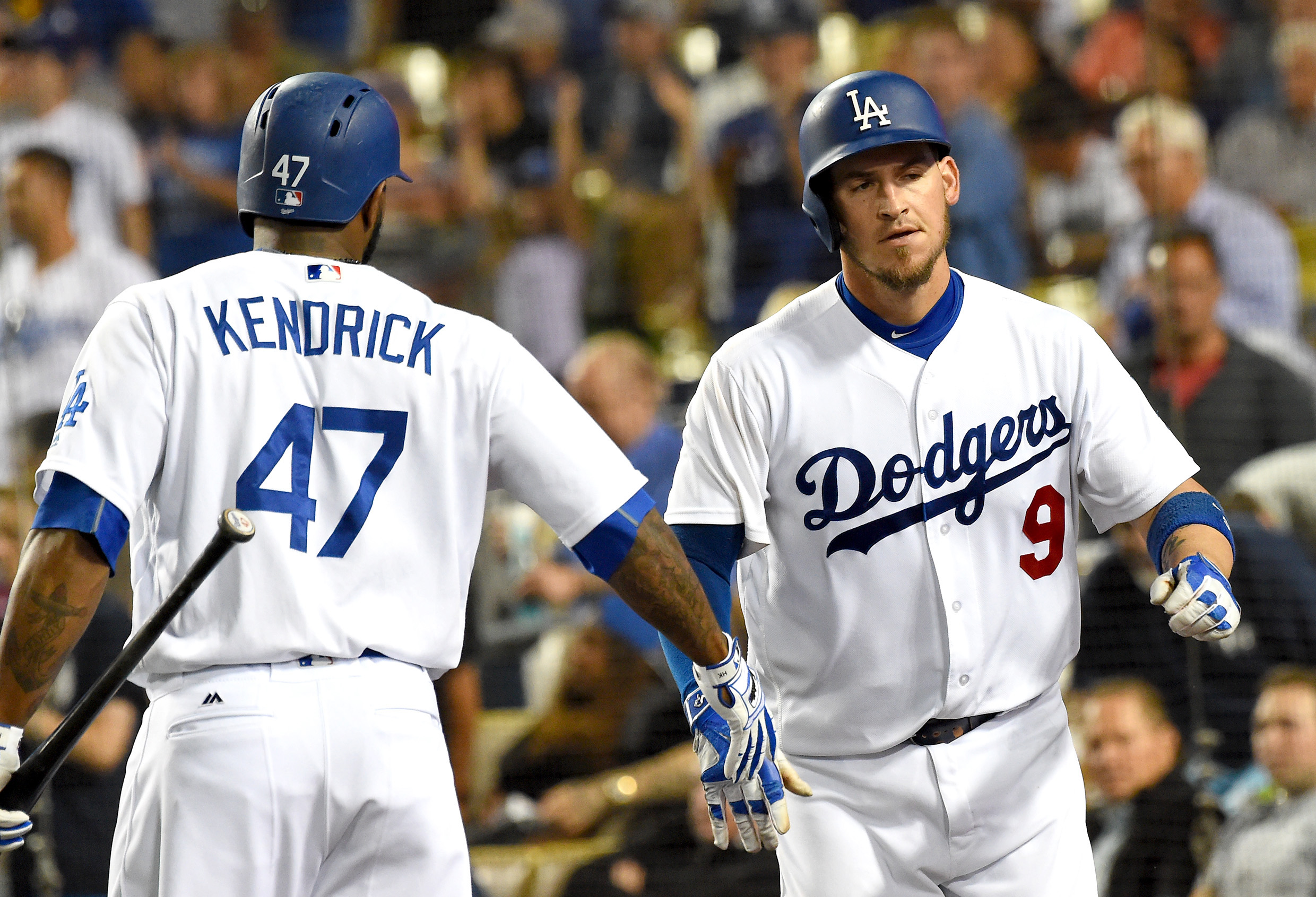 Monday: Joe Blanton was placed on the bereavement list, and reliever Josh Ravin was recalled from Triple-A Oklahoma City.

Tuesday: Scott Van Slyke was placed on the 15-day disabled list with right wrist irritation, and infielder Chris Taylor was recalled from Triple-A.

Friday: Blanton was reinstated from the bereavement list, and relief pitcher Luis Avilan was optioned to Triple-A.

Sunday: Brett Anderson was reinstated from the 60-day disabled list to make his 2016 debut, and pitcher Brock Stewart was recalled from Triple-A. Pitchers Brandon McCarthy and Josh Ravin were placed on the 15-day disabled list, and utility man Zach Walters was designated for assignment.

The Dodgers run the Don Carman gauntlet, hitting the road in Philadelphia and Cincinnati. The Dodgers' pitching staff beyond Thursday is pure guesswork on my part.