Share All sharing options for: Dodgers’ magic number to clinch NL West is 0

As the Dodgers maneuvered down the stretch toward their fourth consecutive National League West title and a fourth straight trip to the postseason, unprecedented in franchise history, along the way we tracked their magic number, the combination of Dodgers wins and Giants losses needed to clinch the division.

The Dodgers beat the Rockies on Sunday, giving them 90 wins on the season. The Giants, if they win out, would finish with 87.

They have won the NL West. The Dodgers’ magic number to clinch the NL West is at 0, worn below sort of by former reliever Brian Wilson (photo: Getty Images). 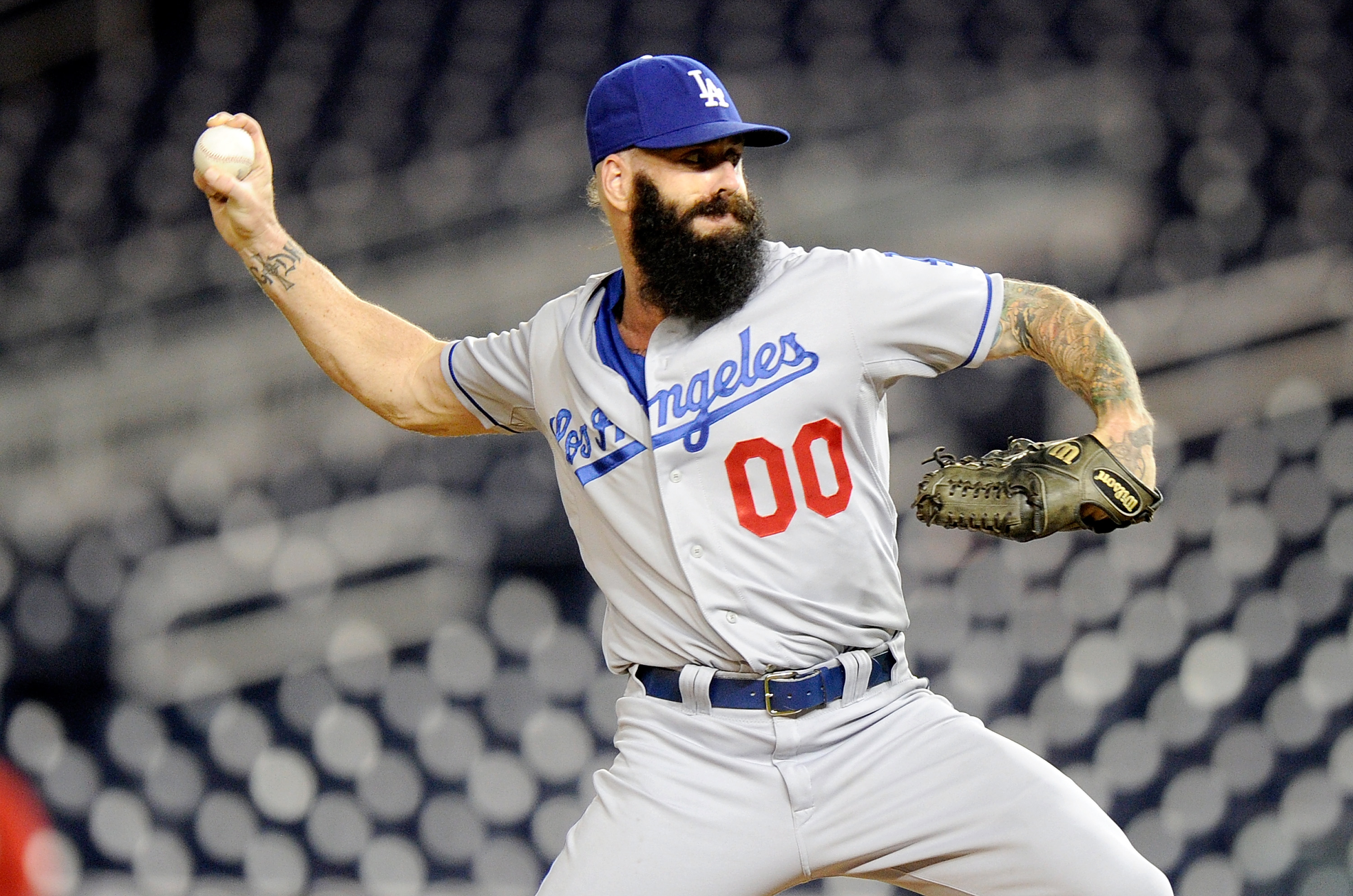