So you're Spider-Man now? You aren't going to make another Star Wars video are you? Is the Star Wars meme dead?

Memes never die and we don't need a title crawl as it's a bonus to the already-concluded trip.

Still blows me away that I did 30 games this season. Never done a playoff game in person before. 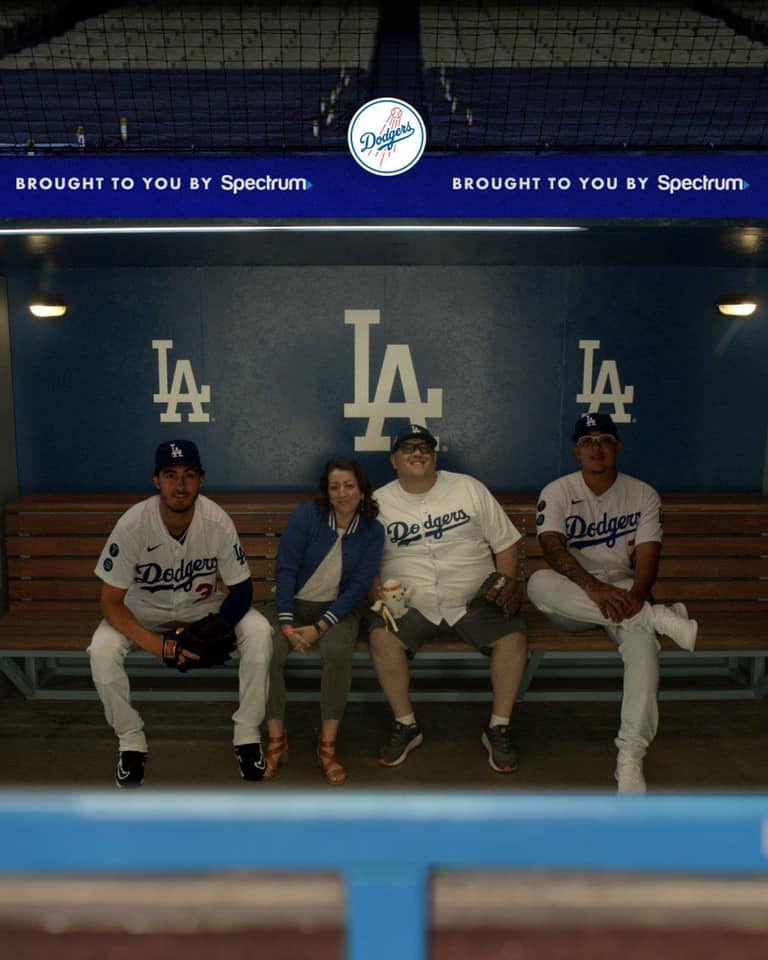 Shut up - let's look at my date and me hanging out with Bellinger and Urias (virtually) on Fernando Bobblehead night.

Anyway, the Dodgers made it past the play-in game, and like I predicted I couldn't stay away. 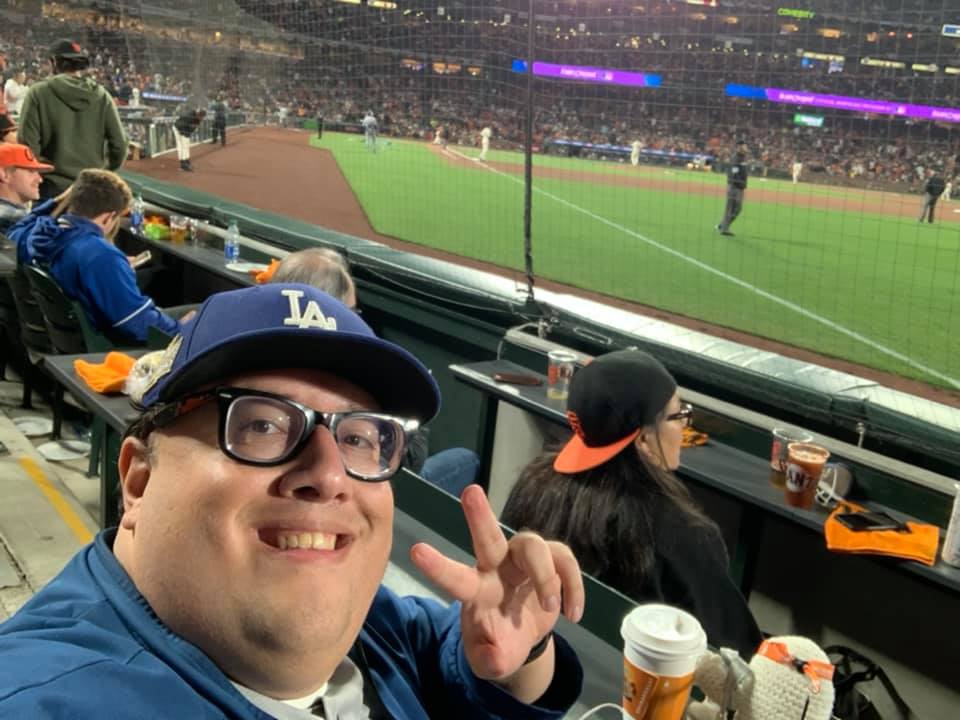 My view of the action

My call of Bellinger's double 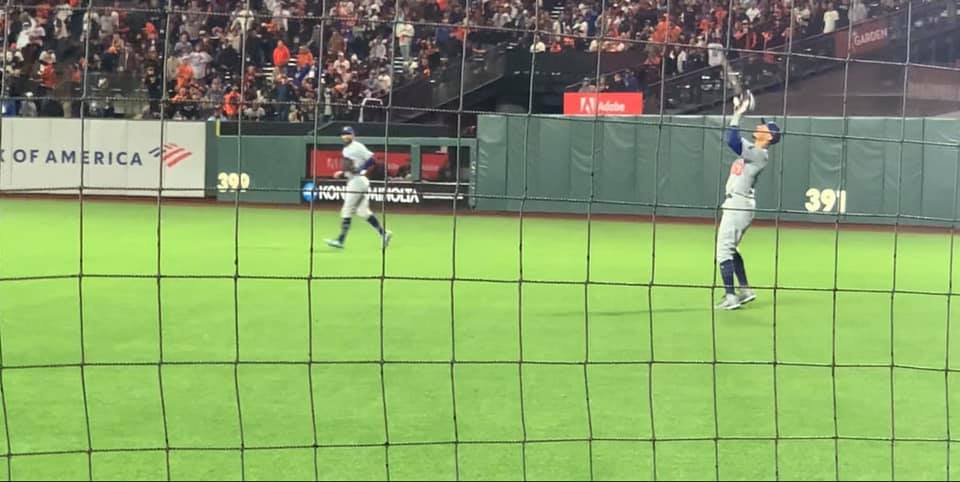 Mookie Betts catching the last out of Game 2 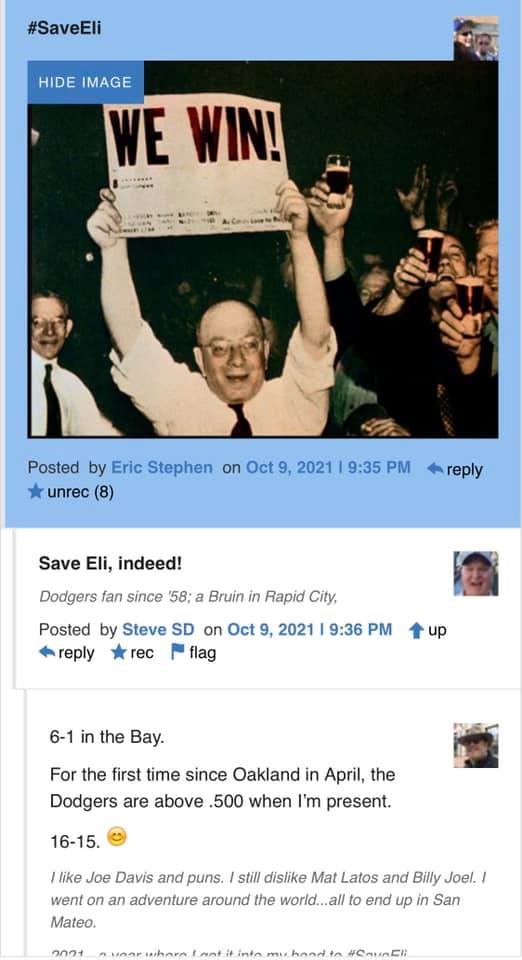 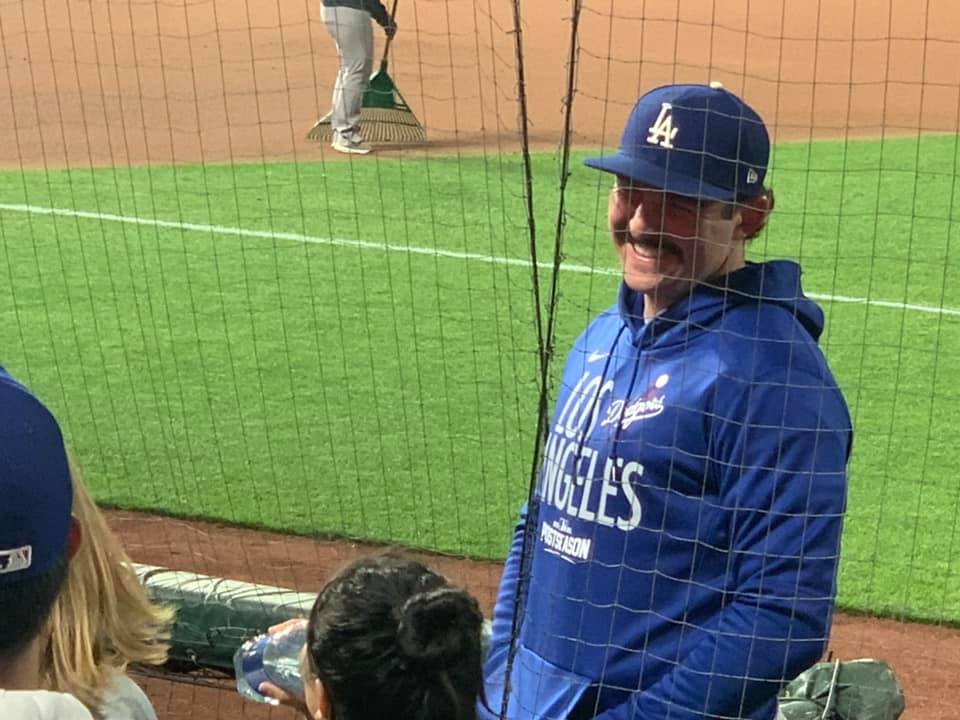 Vesia with his family after the game

October 14: Dodgers at Giants, if necessary. (probable, hopefully not needed and not yet confirmed.)

October 23: Never mind - the Dodgers season is over. Everything is cancelled and I'll work on the post-mortem as previously planned.

November 4: Return to San Mateo - the season is over.

Future Rounds in LA? - Maybe. If the Dodgers advance to the World Series, I may make one final visit to Los Angeles, but that would require an invitation. My current plan is to stay put for now.

I will also do a post-mortem of #SaveEli in this post and do a deep dive for my favorite photos and videos of the past year once the tournament concludes. I'll also share photos of what I collected/bought over the year. Admittedly, I might have gone a little bobblehead mad on eBay. Until then, I'll let Kevin and I wrap this entry up. 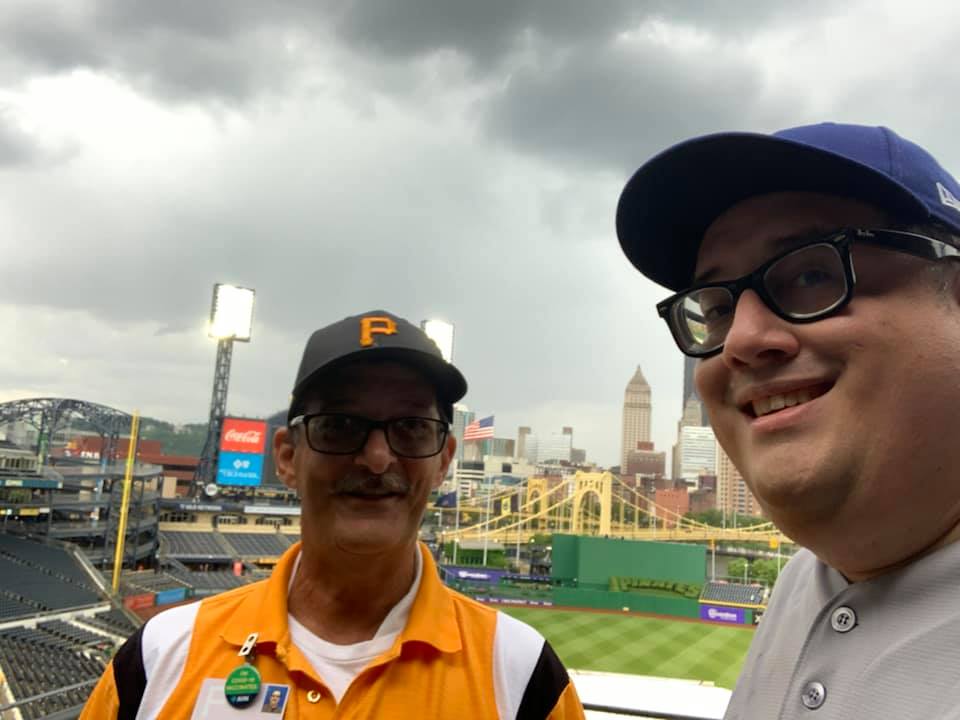 Meet Kevin, MLB's best usher as far as I'm concerned. We discuss life, Pittsburgh and he gave me a game used baseball after the Hayes forgot to touch first base game.

Until the next time, that it's time for Dodgers baseball!