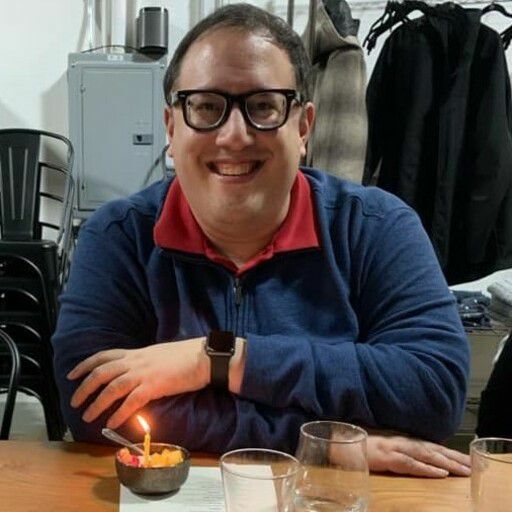 Michael Elizondo is the self-proclaimed Traveling Correspondent of the staff who has been to 48 regular season games over the 2021 and 2022 regular seasons. Michael is in the process of generating a travelogue, On the Road with Eli(zondo) and Adric, nicknamed the Guide, for any traveling Dodgers fan who happens to want to see a Dodger game anywhere in the League. Michael primarily writes Guide entries, commentaries, interviews, and investigative essays related to matters related to the Dodgers.

Michael has been a Staff Writer at True Blue LA since January 2021, after being a commenter starting in the 2015 season. Michael was born in Orange County, grew up near Fresno, and attended professional school in Sacramento, before establishing himself as an attorney in the Bay Area.

Michael carries three things with him to every Dodger game he goes: an external battery for his phone, a photo of himself and his father, and Adric, a stuffed animal, made by Michael's sister as a good luck charm for when he worked internationally. Adric goes to every Dodger game that Michael goes to, rain or shine.

Or "The other OTHER catcher the Dodgers used this year." TrueBlueLA’s Michael Elizondo recounts his experiences watching Tony Wolters in his only appearances during the 2022 season in Kansas City.

Or "It’s not just you, the Dodgers were scoring in ways we have not really seen before." Did the 2022 Dodgers improve with center-cut fastballs? This essay revisits the hypothesis of a Fangraphs article from July 2022 on this very subject.

The Dodgers’ main trade acquisition for the offense has a mostly forgettable tenure in 2022 after being literally chased out of New York. True Blue LA’s Michael Elizondo recounts his experiences watching Joey Gallo strike out a lot and getting the parts of the fanbase twitterpated.

Or "Another way to look at the 2022 Dodgers during the year." Before delving into anything controversial, it’s worth noting that the Dodgers’ mastery over the Giants in 2022 may have had an unintended consequence.

James Outman appeared in four games in Los Angeles in 2022. They were memorable, to say the least.

An argument for the Dodgers to non-tender Cody Bellinger

Life is unfair, but the MLB playoff format is fine

On the Road with Eli(zondo) and Adric: The 2023 itinerary

Or The Travel Dates for Dodger Adventures for the 2023 Season

Game over: The introduction of The One-Win Team

Or "A new series where we break down what went wrong with the 2022 Dodgers" The 2022 Los Angeles Dodgers earned a nickname that will linger in team history.