The Dodgers took a total of 20 college pitchers in the 2015 MLB Draft, and we have already covered seven of them that were drafted in the first nine rounds. Here is a look at the 13 college pitchers drafted on the third and final day of the draft, on Wednesday.

Boyle was rated No. 132 in the Baseball America top 500 prospect list.

"Michael has been a guy who came in as a starter and improved each and every year," said Radford manager Joe Raccuia in a press release. "He was the epitome of a Friday night guy that gave us huge innings and wins almost every time out. His work ethic and composure on the bump was a separator."

The 6'10 Long also played on the basketball team at Wagner, averaging 4.4 points, 3.1 rebounds and 11.2 minutes in 30 games last season, including five starts.

Long was drafted by the Giants in the 20th round in 2012 out of Waterford High School in Connecticut. 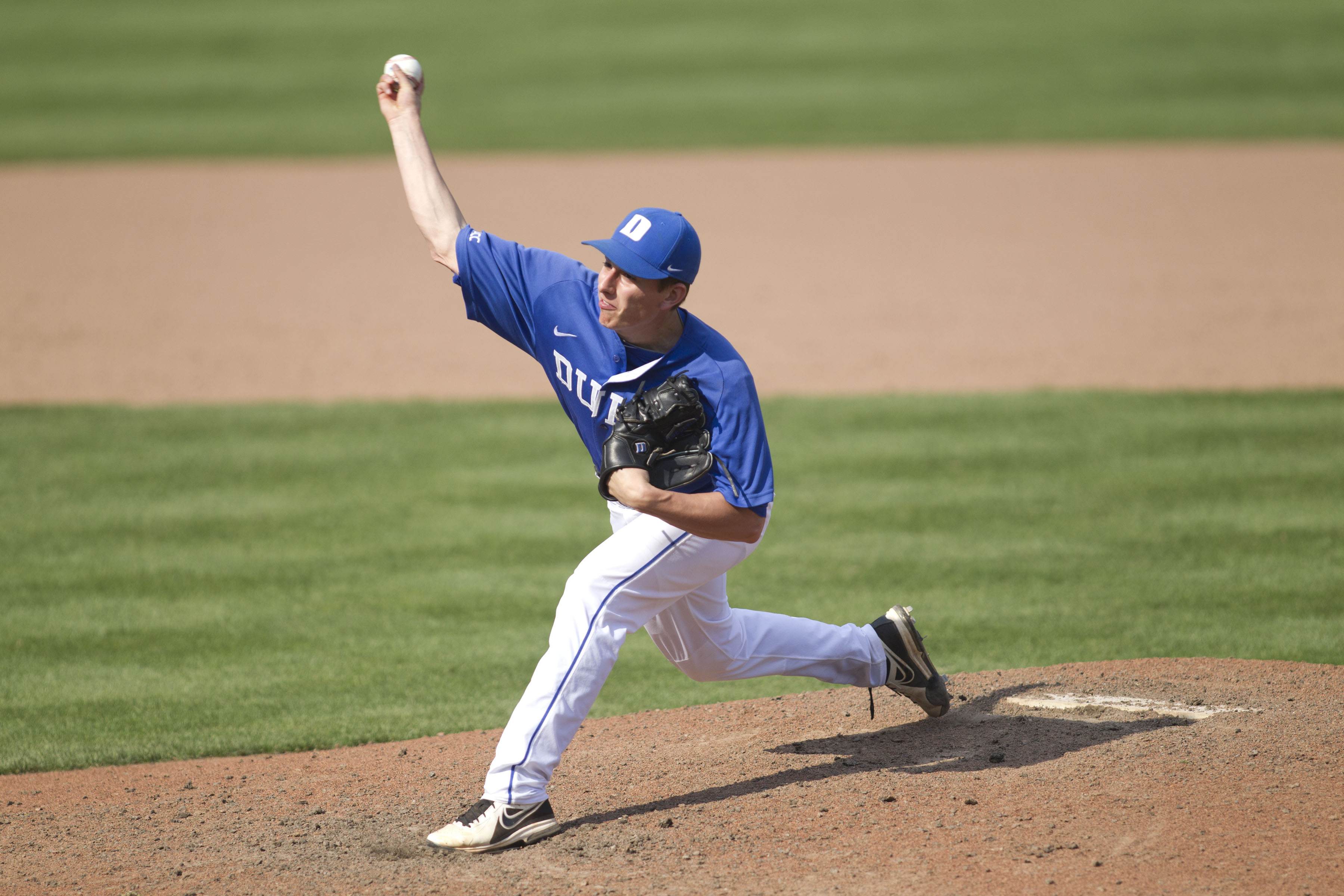 Istler was 5-5 with a 3.23 in 14 starts as a senior, with 82 strikeouts and 20 walks in 86⅓ innings, his second year in the rotation. Istler pitched all four years at Duke, and also played in the outfield as a freshman and sophomore.

"Andrew Istler has without question been one of the best pitchers in the history of Duke baseball," Duke manager Chris Pollard said in a statement. "He’s a warrior and takes the ball every time you ask. That’s going to help him at the pro level because he’s used to pitching in any role." 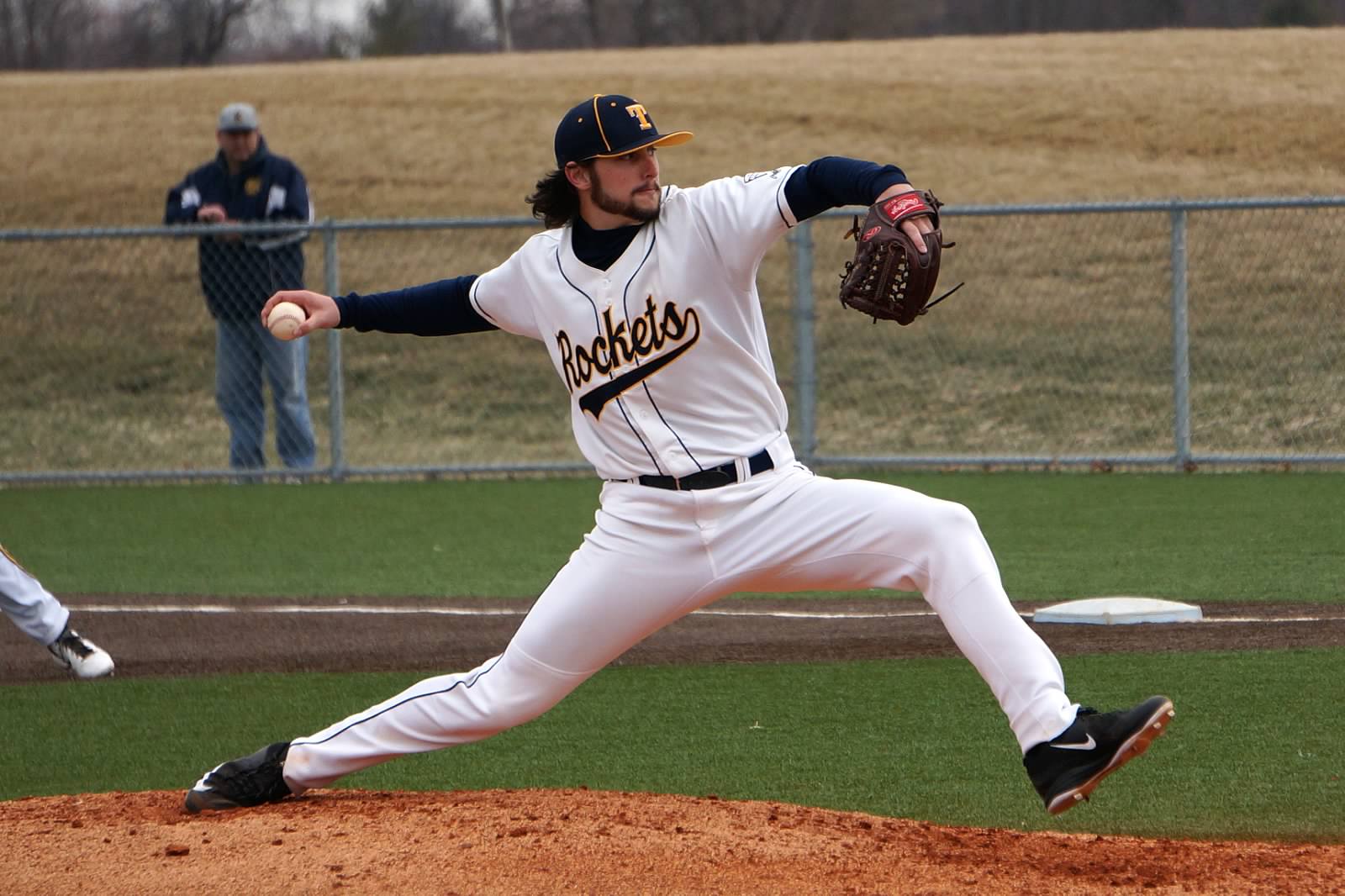 After suffering a leg injury in 2014 that wiped out his season, Palmer got a medical redshirt for one more year of eligibility. The fifth-year senior made the most of it in 2015, going 6-8 with a 2.94 ERA in 15 starts in 2015, finishing third in the conference with 94 strikeouts in 85⅔ innings. He earned second-team All-MAC honors. 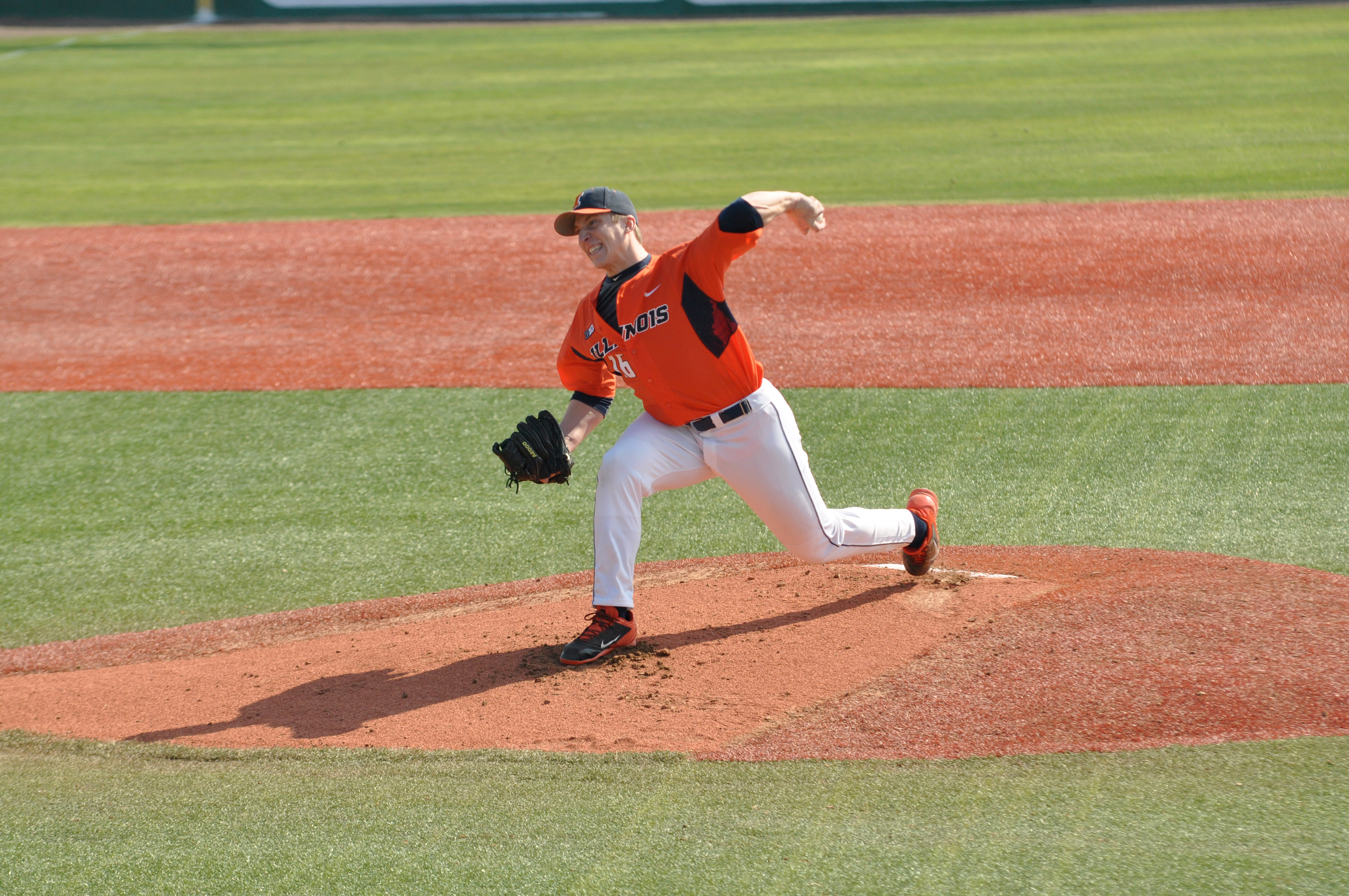 The Illini had a whopping nine players drafted, including two by the Dodgers, with McDonnell joining catcher Jason Goldstein, who was nabbed in the 17th round.

McDonnell missed the 2011 season, his freshman year, after Tommy John surgery in July 2010, then pitched a combined 19 innings in 2012-2013, going 51 weeks between appearances because of forearm tightness.

By 2015, McDonnell told the Daily Illini that his arm felt 100 percent for the first time in a long time:

"I’m not worried about my arm anymore," McDonnell says now, about two months later, while standing near the field before practice in the same white uniform he had worn against Indiana State. "It feels great so I’m happy."

"I love him as a pitcher," Illinois pitching coach Drew Dickinson said. "He has the best change-up on the team. He knows, and we all know that when he throws strikes with his fastball, he’s near un-hittable because the change-up is so good." 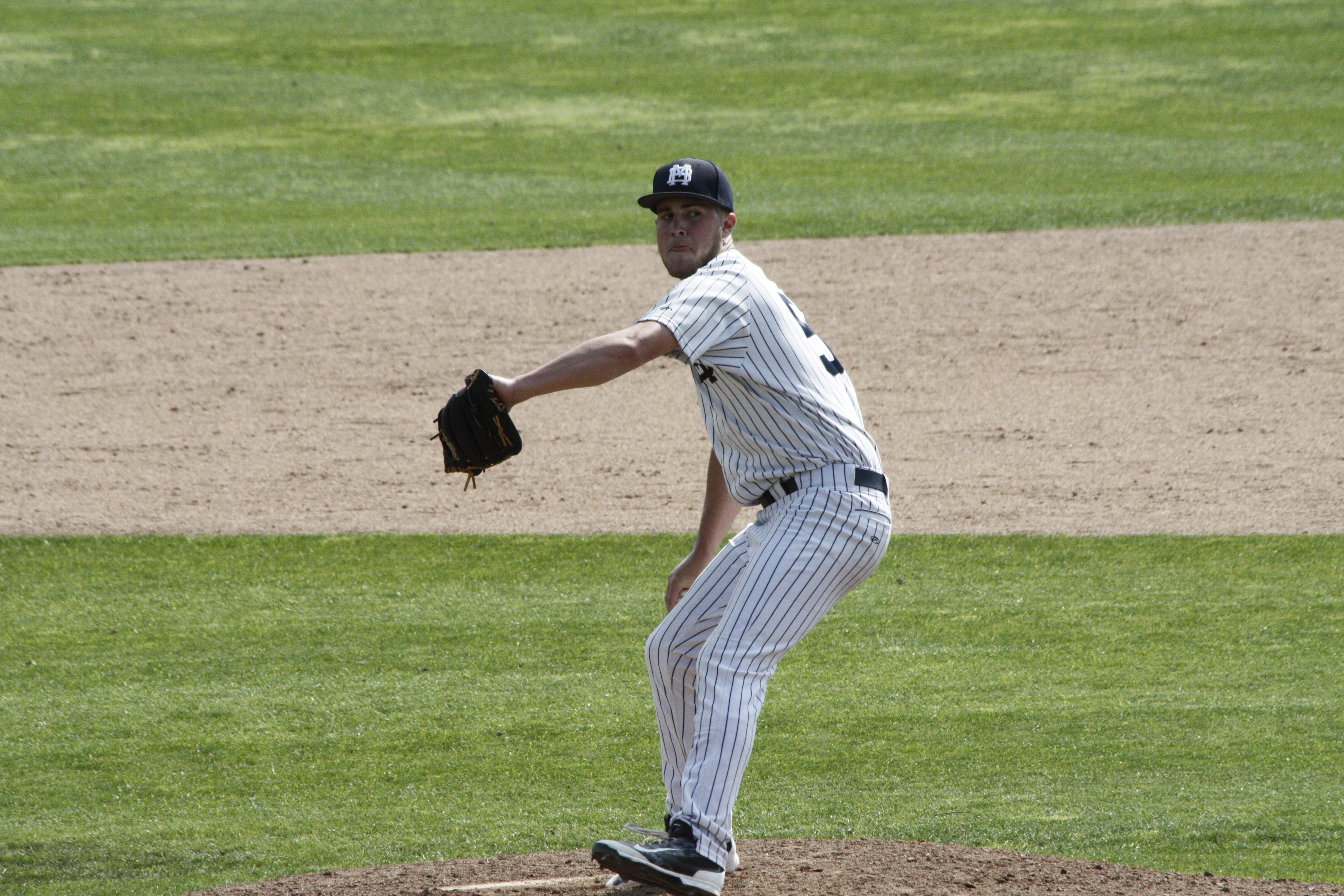 Another college senior, Crescentini dominated in his 24 relief appearances, putting up a 0.93 ERA with a whopping 58 strikeouts in 29 innings, and 12 saves. He struck out 47.5 percent of his total hitters faced in 2015, and was second in strikeouts on the team despite never starting a game.

Crescentini transferred to Missouri Baptist after pitching in 2014 at the University of Tampa, following two years at Indian River State College in Fort Pierce, Fla.

He signed with the Dodgers on Saturday. 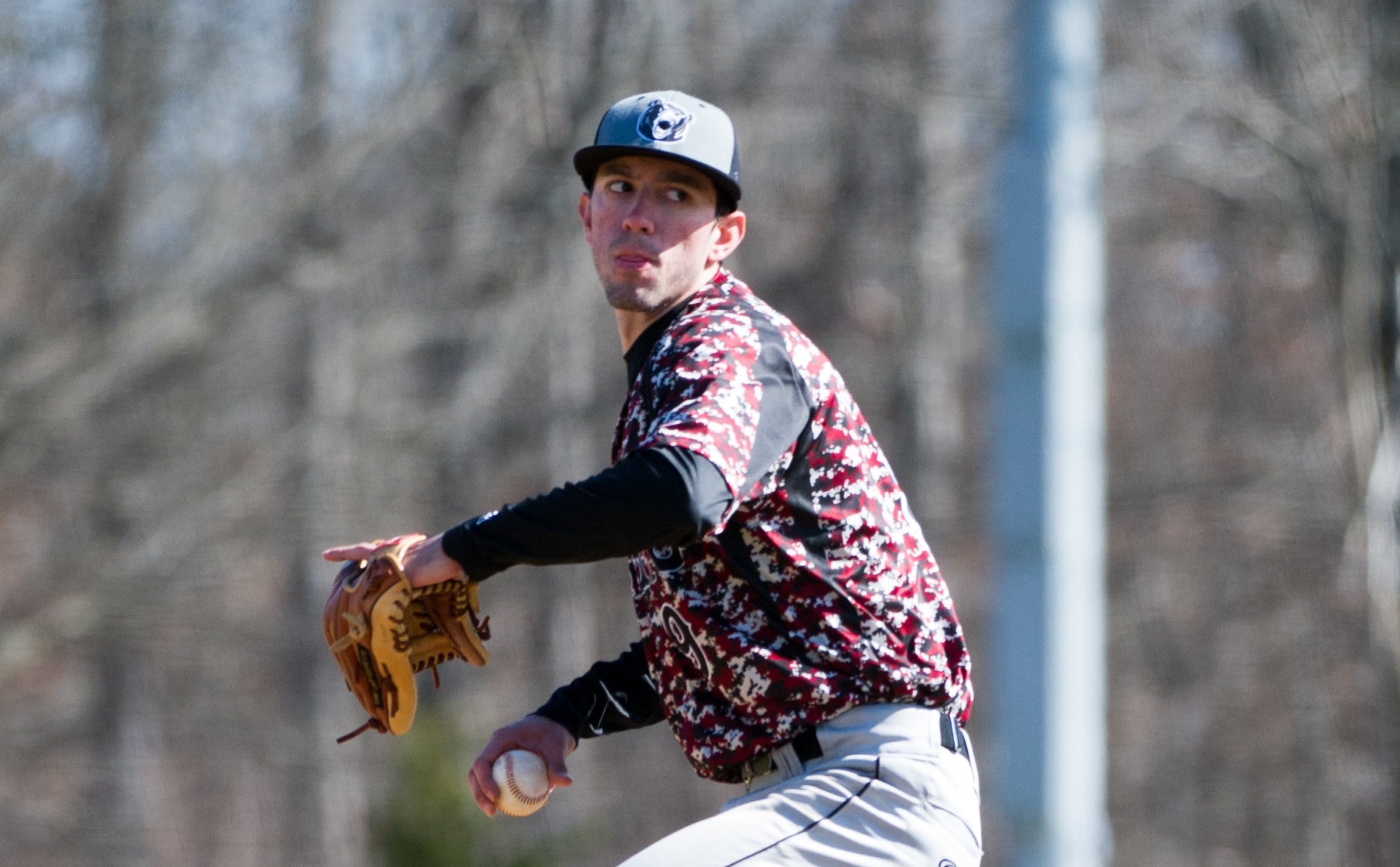 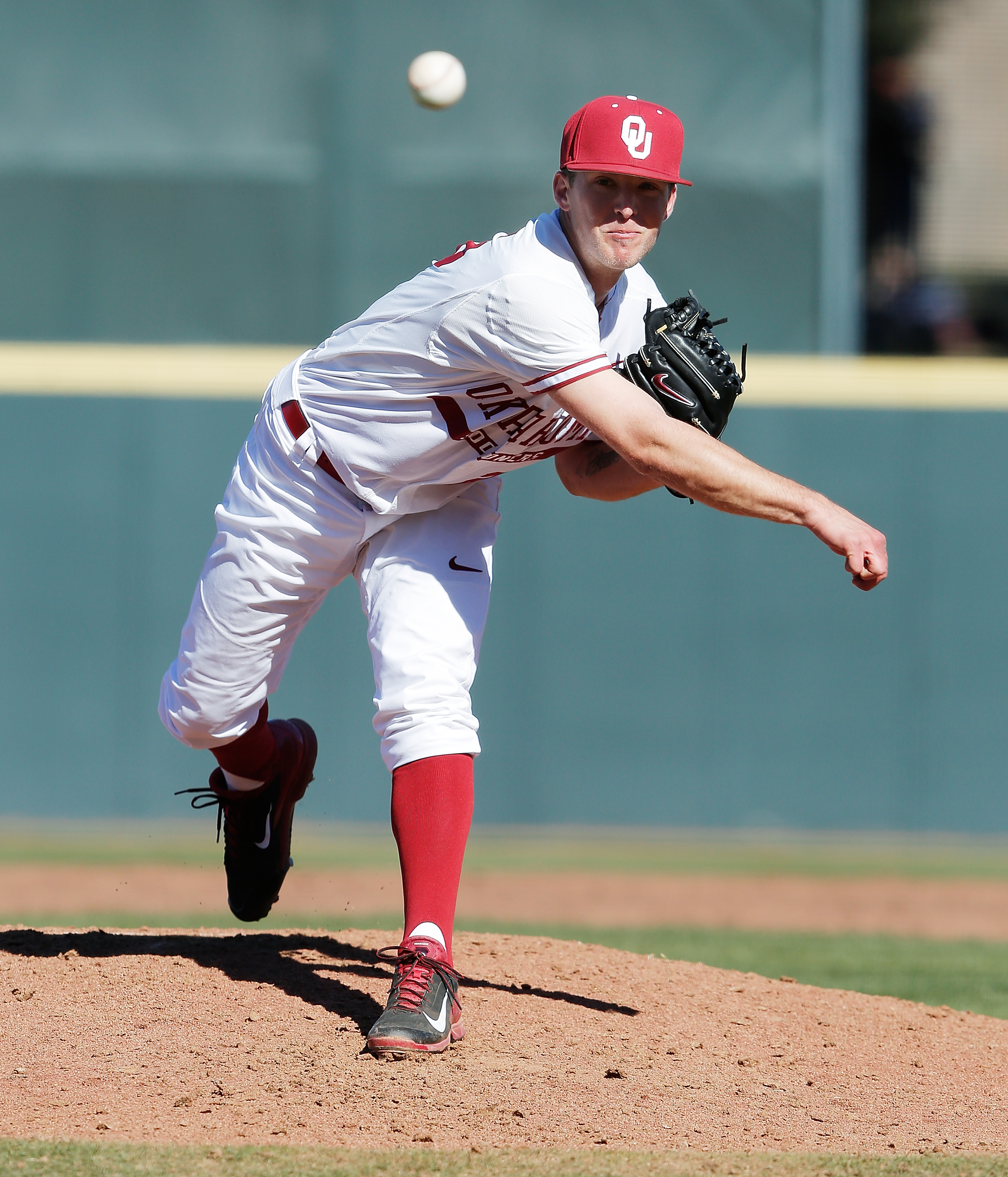 Copping was .4-1 with a 3.92 ERA in 13 games as a junior for Oklahoma, including seven starts. He struck out 44 and walked 13 in 41⅓ innings, missing part of the season after suffering appendicitis.

His twin brother Calvin, also a right-handed pitcher, played for Cal State Fullerton ans was drafted in the 25th round by the Nationals, six rounds earlier than Corey. They have an older brother Cameron who was undrafted but pitched for two years (2012-2013) in the Mariners system.

Copping was born in Pasadena and played high school ball at nearby Temple City High School. 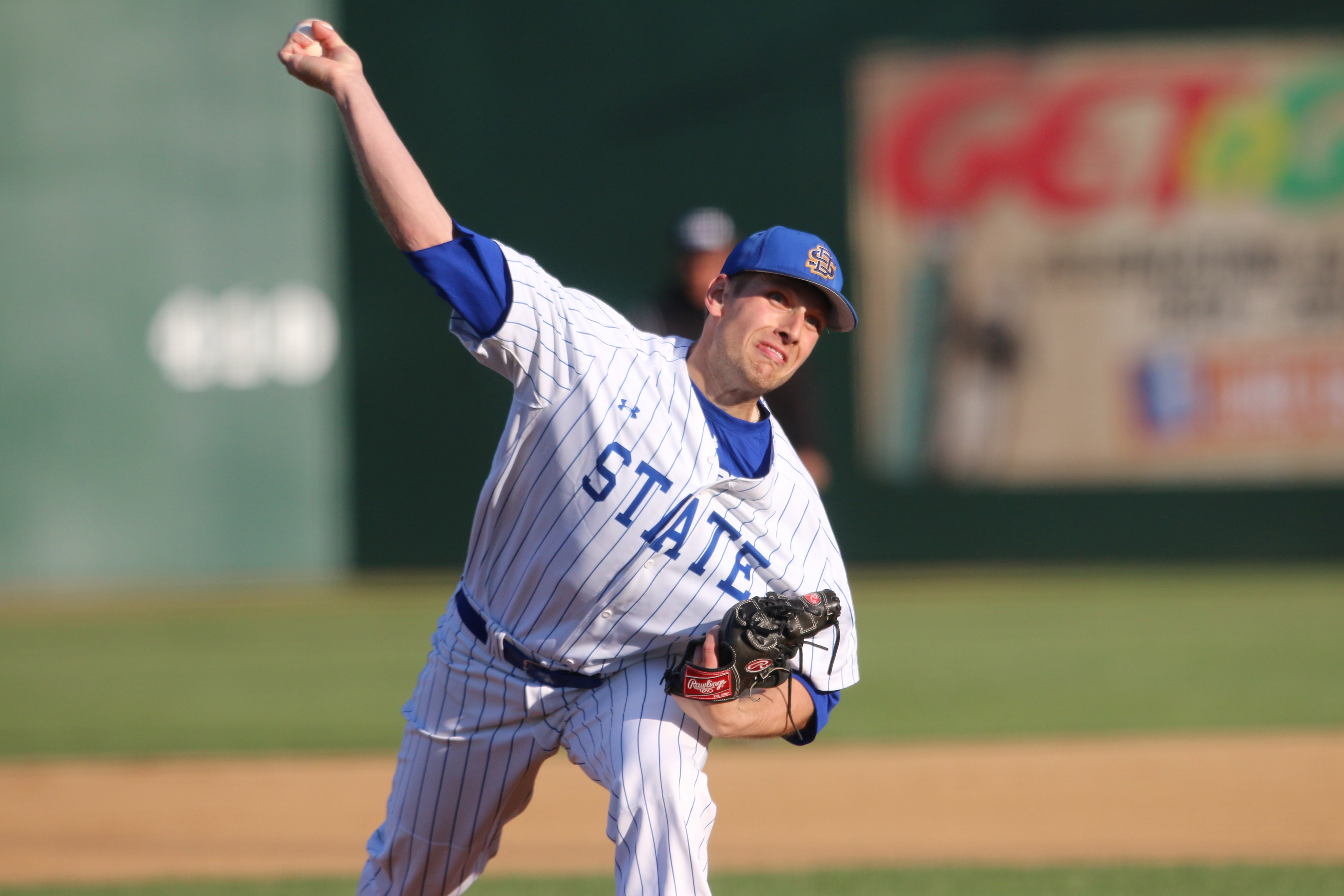 "Your Friday guy has got to be special because your in a lot of close games, a lot of one run games. And we felt that, you know, his heart could handle it," South Dakota State manager Dave Schrage told Zach Borg of KDLT. "And that's exactly why he's pitching on Friday. He's got a big heart and he competes like crazy."

This is fresh ⚾️ pic.twitter.com/JGRJuxFZs4 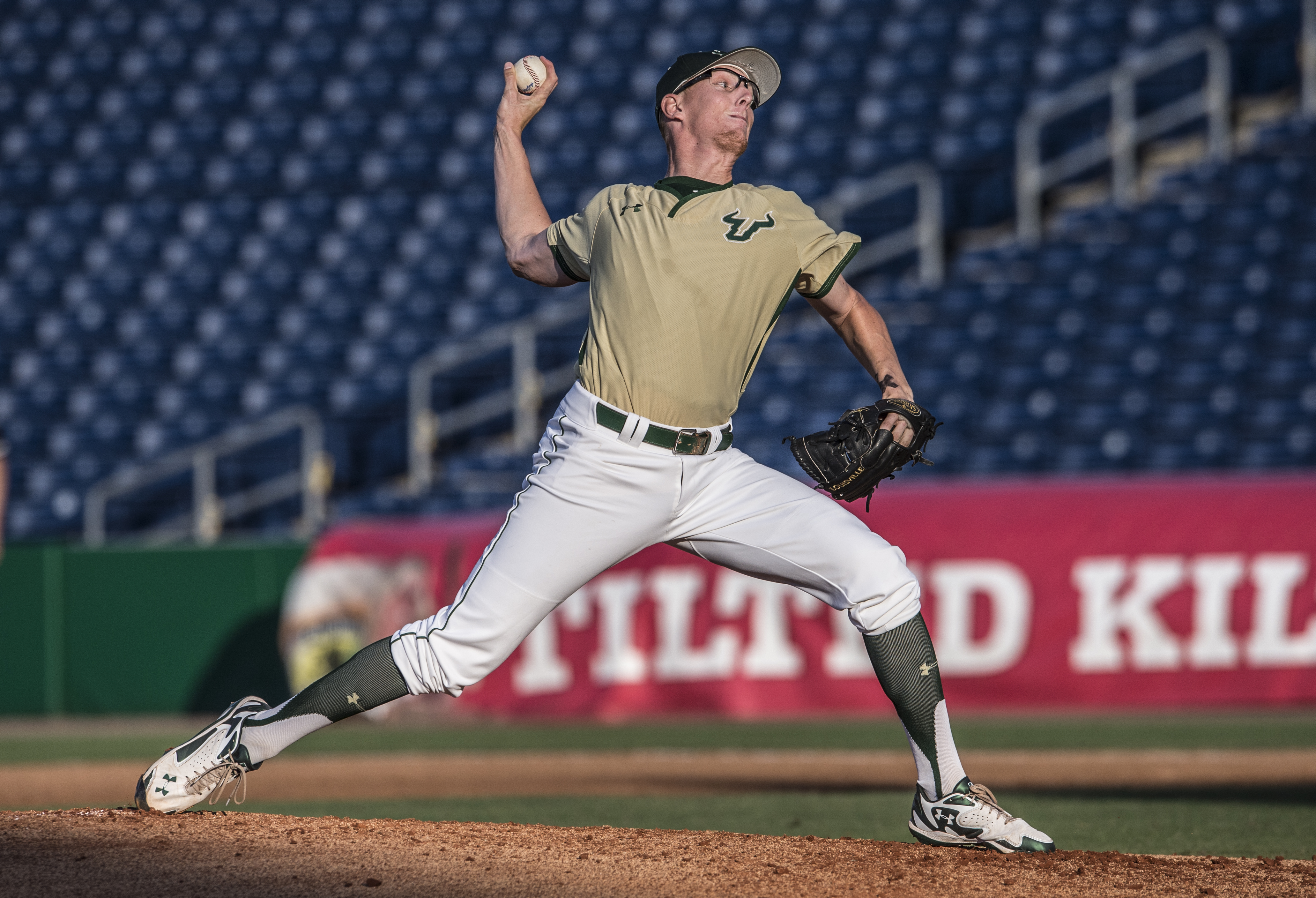 Mulholland was 5-9 with a 4.05 ERA as a senior, with 76 strikeouts and 33 walks in 93 innings in 15 starts. He tweeted on Friday he was headed to Arizona, perhaps already signed on with the Dodgers, though nothing has been announced. 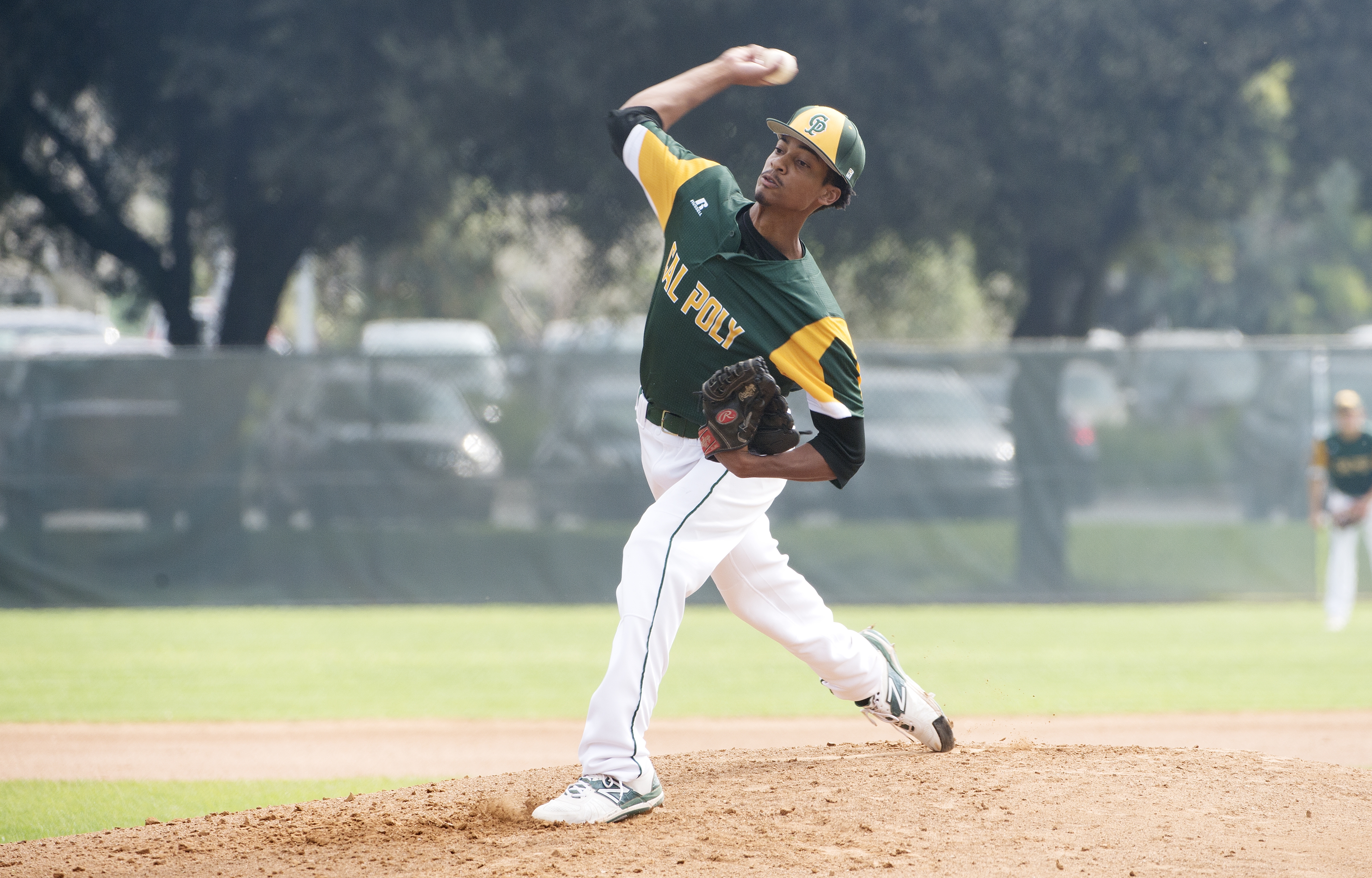 One of two Cal Poly Pomona Broncos to be drafted by the Dodgers this year, along with outfielder Kyle Garlick in the 28th round, Powell was 8-2 with a 2.33 ERA in 17 games as a senior, including 14 starts. Powell struck out 79 and walked 29 in 92⅔ innings.

Powell is the son of former Dodgers pitcher Dennis Powell, who pitched eight years in the big leagues, including 1985-1986 with the Dodgers, his first two seasons.

"This is a great opportunity to play for the same organization that gave my dad his first chance," Powell said in a press release by the school. "I am grateful that the Dodgers are giving me an opportunity to continue to pursue my dream." 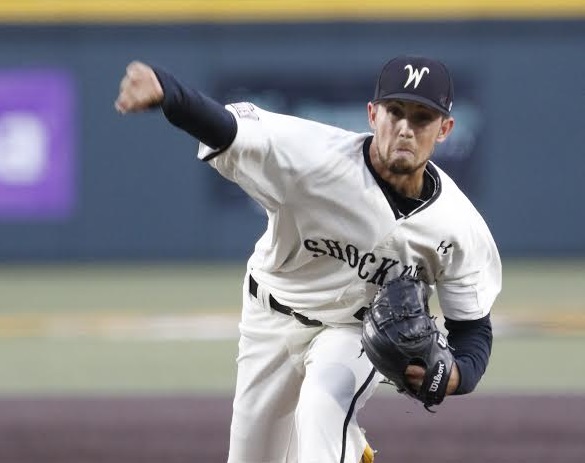 The right-hander was 5-7 with a 3.94 ERA in 15 games as a junior at Wichita State, including 13 starts, with 74 strikeouts and 25 walks in 77⅔ innings in 2015. He transferred to the Shockers after pitching two years at the College of Southern Idaho, a junior college in Twin Falls, near his hometown of Boise.

However, it appears he will sign this time rather than return for a senior season at Wichita State.

Third time is a charm! Congrats to #RockyMtn alumnus Isaac Anderson (@idanderson7), who says he'll sign with the @Dodgers on Sunday!